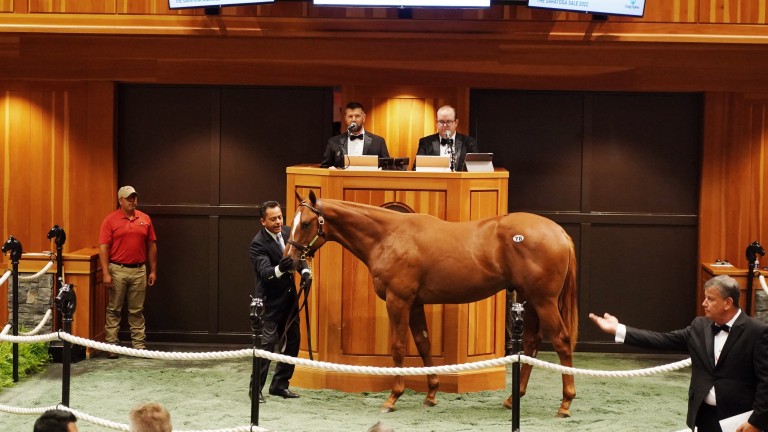 Hip 78, the Warrendale Sales colt by Justify sells to MV Magnier for $1.1 million
Fasig-Tipton Photosphotos by Z
1 of 1
By Claire Crosby and Lauren Gash of Bloodhorse UPDATED 7:33PM, AUG 9 2022

Christian Black knew the Justify colt consigned as hip 78 to the Saratoga Sale was a once-in-a-lifetime horse.

The breeder who operates as Blackwood Stables saw his inklings recognised at Fasig-Tipton's selected yearlings sale in Saratoga Springs, where Coolmore's MV Magnier went to $1.1 million to buy the colt consigned by Warrendale Sales. Michael Wallace of the fledgling Telluride Agency signed the ticket on Magnier's behalf.

"I don't think I ever brought a yearling at this stage to the sale that had the quality like him," said Black. "For us, so far, he's been once in a lifetime. He's a special horse."

Bred in Pennsylvania out of the Langfuhr mare Slews Golden Rule, the chestnut colt is one of the last foals out of the mare, who died while delivering a Tiz The Law colt this year. Slews Golden Rule was also the producer of 2019 Malvern Rose Stakes winner Ledecka. Three of her four foals to race became winners. 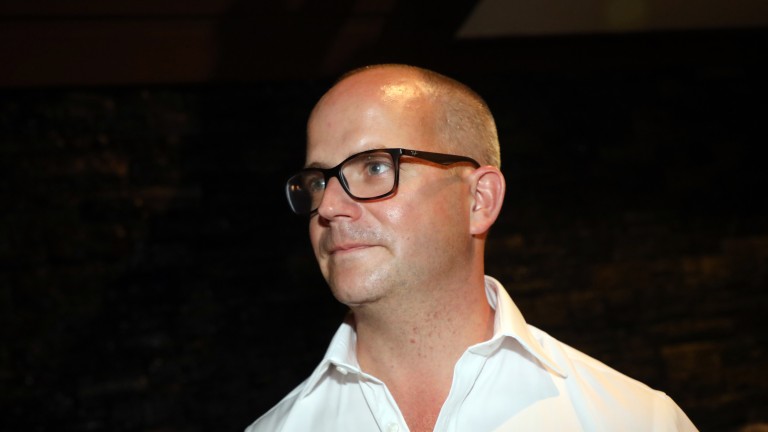 "Justify is going really, really well at the moment," said Magnier. "It's been incredible since we've been here the past couple of days how many people have come up to us to tell us how well the horse is doing."

Only one other colt by Justify sold through the ring on Monday during the sale's first night - hip 70, a colt bred in Kentucky by Hill 'n' Dale Equine Holdings and Stretch Run Ventures out of the Tapit mare Shadowing, which agent Mike Ryan purchased for $400,000.

As for Black, his Monday night success extended beyond the seven-figure yearling. His others through the ring also all sold - hip 14, a More Than Ready colt out of the Lookin At Lucky mare Lucky Draw ($250,000 to Anthony Stabile); hip 44, a son of Medaglia D'Oro out of the Elusive Quality mare Perfect Note bred in partnership with Dr William Hess and Godolphin ($400,000 to Spendthrift Farm); hip 59, a Bernardini filly out of the Storm Cat mare Rhys ($170,000 to Highbury Bloodstock); hip 100, a Gun Runner filly out of the Bernardini mare Sweet Promises ($300,000 to Stephen Smith for Elements Racing); and hip 105, a daughter of Arrogate out of the Malibu Moon mare Too Much Malibu ($200,000 to Frank Brothers, agent for Starlight Racing).

FIRST PUBLISHED 3:45PM, AUG 9 2022
It's been incredible since we've been here the past couple days how many people have come up to us to tell us how well the horse is doing