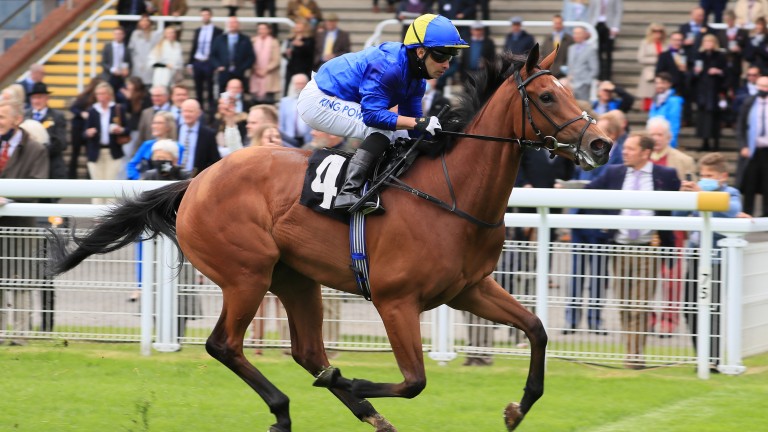 Flotus has won at Listed level this year as well as finishing second in the Cheveley Park Stakes
Mark Cranham
1 of 1
By Tom Peacock UPDATED 7:07PM, NOV 28 2021

Arthur Hoyeau does not fall into the trap of revealing a specific influence in the naming of Flotus, who has probably caught the eyes of as many studying the racecards as those who have seen her on the track. Now the filly, bred in partnership with Newtown Stud, will also catch the eyes of those perusing the catalogue for the Tattersalls December Mare Sale as she is to go through the ring as lot 1798.

An acronym which came into familiarity again with Melania Trump, it was thought to have initially been applied to Nancy Reagan and now belongs to Jill Biden.

"It was around early January, at the time where it was close to when the new president was coming in and it was kind of in the news that there was a change of first lady, then with [sire] Starspangledbanner being the anthem of America," says Hoyeau.

"I can't exactly remember, but then if she was useless, we would never have said that the name was good! They always look good when they prove to be good."

The filly cost the French-born but internationally-minded agent 125,000gns at last year's Tattersalls Book 1 at what proved to be a highly rewarding visit.

"I work very closely with Jean-Etienne Dubois, he's a French owner-breeder based out of Australia and we kind of tried to find some fillies that would look mature enough to be competitive at two," explains Hoyeau. 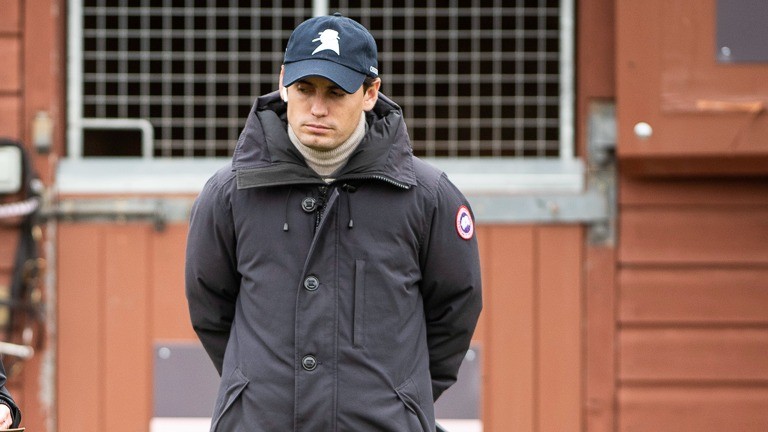 "We were looking for very athletic fillies, maybe not by the most obvious stallions, that we could afford.

"We ended up buying two fillies out of that sale and then I put some customers in partnership, but [Dubois] was really the driving force. We decided to leave one in England and send one to France.

"They're both stakes winners, the other one is called Singforthemoment, she won a Listed race at Bordeaux on her second start for Christophe Ferland in early October. So we got away lucky!"

Flotus made a striking start for Simon and Ed Crisford by bolting up on her debut at Goodwood in early May before losing her way a little in the Albany at Royal Ascot and a couple more runs. However, she was her old self in the Ripon Champion Two Yrs Old Trophy and was beaten only a length by Tenebrism when runner-up in the Group 1 Cheveley Park.

"From the reports from Simon and Ed, she always showed above- average ability, and she's just a very genuine filly, she just wanted to do well for you and she did that first time out," says Hoyeau.

"Silvestre de Sousa gave her a lot of confidence and she made the perfect start, although she was still babyish in her mind then. It was quite early to cope with everything, conditions were extreme [at Ascot], it just didn't work out but luckily she came back to form very impressively.

"Simon had really looked after her, she got her confidence back and she put it all right."

The owners came to the decision that it might be an idea to cash in, with Flotus now decorated with significant black type.

"We kind of all talked about it," says Hoyeau. "They felt there wasn't much on offer on the market, we had a fun year with her and it's just to see if they want to seize an opportunity for something which can fund their racing for the next two or three years.

'It's always the idea when you're not a big operation, to try to still enjoy the game at some level without it costing you anything. It's a partnership of successful businessmen, but they're not a huge operation. We'll see what the market wants to offer but it's always tough, who knows what she can do next year.

"She's got plenty in the tank, especially how she's developed physically, I think everyone will think she's not just a two-year-old. We went to see her recently and we couldn't be happier with the way she looks."

While Dubois also has an involvement in No Nay Never filly Singforthemoment, who is likely to remain with the same connections at three, Hoyeau explains that the process to find another Flotus has already begun.

He adds: "We bought a bunch in October, going to kind of the same places, Simon and Ed are going to train one or two again and we might buy some more in the spring at the two-year-old sales.

"It's all about opportunities but the partnership is back for next year, hopefully we can match it. It won't be easy but that's why we keep doing it."

The four-day sale, which begins on Monday at 9.30am, includes strong consignments from Godolphin, Juddmonte and Shadwell, and features the dispersal of Sir Robert Ogden’s high-class fillies and mares.

FIRST PUBLISHED 3:30PM, NOV 28 2021
We had a fun year with her and it's just to see if they want to seize an opportunity