Sabiango, a three-time top-level winner in Germany and the US, dies at 21 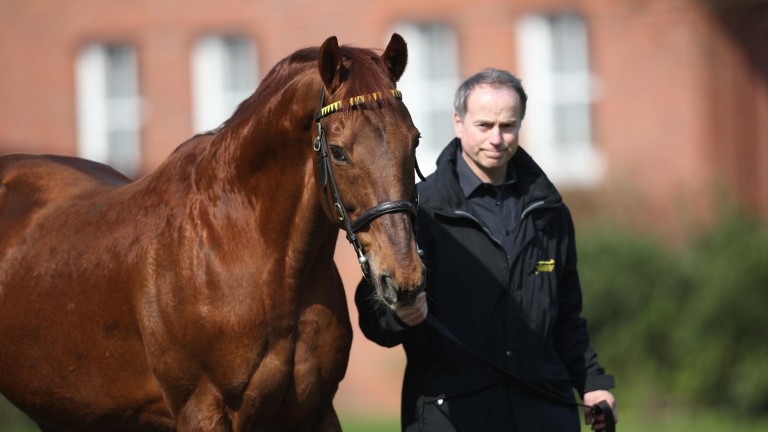 Sabiango: by Acatenango out of Spirit Of Eagles, so a true son of Gestüt Fährhof
Marc Ruehl/Gestut Fahrhof
1 of 1
By Martin Stevens UPDATED 11:30PM, DEC 15 2019

Sabiango was a true son of Fährhof, as he was by the stud's brilliant racecourse performer and sire Acatenango and out of its excellent broodmare Spirit Of Eagles, who also produced the Arlington Million and Audemars Piguet Queen Elizabeth II Cup winner Silvano.

Originally trained by Andreas Wöhler, the chestnut defeated Boreal and Belenus to take the Group 1 Rheinland-Pokal at three, when he also won the Group 2 Oppenheim-Union Rennen and ran second in the Deutschland Preis and third in the Grosser Preis von Baden.

Sabiango performed poorly at four but came back at five to land the Deutschland Preis by three and a half lengths, and ran with credit when fourth to Sulamani in the Turf Classic Invitational and fifth behind Phoenix Reach in the Canadian International.

At six he was switched Stateside to Bob Baffert, and ran out a surprise winner of the Charles Whittingham Memorial Handicap carrying the silks of legendary 'horse whisperer' Monty Roberts, a close associate of Fährhof who leased the horse after helping to iron out some of his quirks.

Sabiango ended his racing career with Tim Yakteen, for whom he won the Grade 3 Kentucky Cup Turf Stakes at Kentucky Downs.

Upon retirement he returned to Europe to stand at Haras des Chartreux in France until 2009, when he headed home to Fährhof.

He cut no ice as a stallion, however, and his only offspring of any note is David Pipe's Becher Chase winner Vieux Lion Rouge.

Sabiango covered very few mares in recent years and his last living foals are recorded as having been born in 2014.

Nevertheless, he will be fondly remembered by his connections as a top-class runner on the track, and Fährhof posted on its Facebook page: “RIP old boy, we'll miss you.”

Desert Flyer looks another generous gift from Godolphin to the Queen