Rule change means payouts will be limited to one per horse

Move comes as more races have become eligible for the scheme 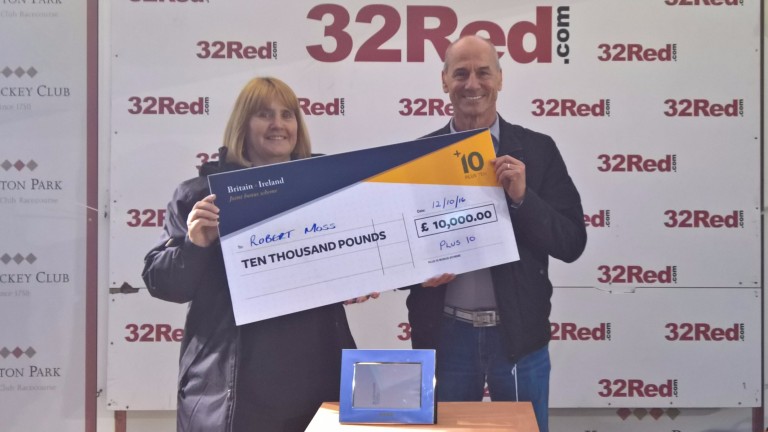 Bonus scheme Plus 10 is to undergo a significant rule change in 2017, with the number of payouts a horse can win to be limited to one.

The move comes as Plus 10 was originally financed on a 550 race per year scale but the number of races that qualify for a bonus has increased because of tracks upgrading races in order to qualify for the bonus and contests dividing due to the number of declared runners.

The impact of the two-year-old programme change also saw around 80 per cent of two-year-old races converted from maiden into novice contests up to last June, which will be continued next year.

Six per cent of the 759 Plus 10 winners to date have won a second or third bonus so the proposed rule change will affect relatively few horses.

The policy change is subject to BHA board and rule committee approval and if passed will come into effect from April 1.

Plus 10 chairman Julian Richmond-Watson said: “Plus 10 is achieving its aims of encouraging investment in bloodstock, stimulating racehorse ownership and incentivising owners to run their horses more often.

“Because of its success, we are introducing this small change which we consider to be the least impactful to all stakeholders in Plus 10, to ensure the scheme operates at a sustainable level in the future.

“While qualifying horses will no longer be able to win a second bonus, this is offset by improved opportunities to win as more races qualify for a bonus, thereby maintaining the broad scope of the scheme across two and three-year-old races, with large numbers of owners and breeders remaining beneficiaries.”

The scheme is celebrating passing the £8 million mark in bonus payments since the first bonuses were offered in Britain and Ireland.

The BHA racing team has reported that field sizes of races that feature a Plus 10 bonus outperform equivalent races by five per cent, with almost 40 Plus 10 races divided due to the number of declared runners.

Necessary but not ideal

Considering one of the founding principles of Plus 10 was that repeat bonus payouts would encourage owners to run their horses more often, their discontinuation is regrettable.

Especially considering it was helping to provide a solution to a very real problem – how expanded fixture lists can be filled with foal crops much smaller than ten years ago and with buyer demand stagnating.

But it is probably better to have a bonus scheme that can incentivise ownership and auction purchases than none at all, so the move is necessary if not ideal.

The scheme has expanded to 600 races from its original size of 550 after racecourses have lifted prize-money to make them qualify for bonus payouts.

BHA chief operating officer Richard Wayman said: “Plus 10 has proved very effective at significantly boosting returns to owners, contributing more than £8m in bonus payments over the past 20 months.

“It has also had a positive impact on the average field sizes of races within the scheme. The introduction of three-year-old races within Plus 10 was an important step earlier this year and, with almost £600,000 paid out to successful three-year-olds since March, the scheme is appealing to owners and breeders of a variety of horses, including those who are likely to need more time to develop.”

FIRST PUBLISHED 2:33PM, DEC 19 2016
Plus 10 is achieving its aims of encouraging investment in bloodstock