Royal Abjar dies at stud in Turkey at 25

He was a former resident of Rathbarry Stud 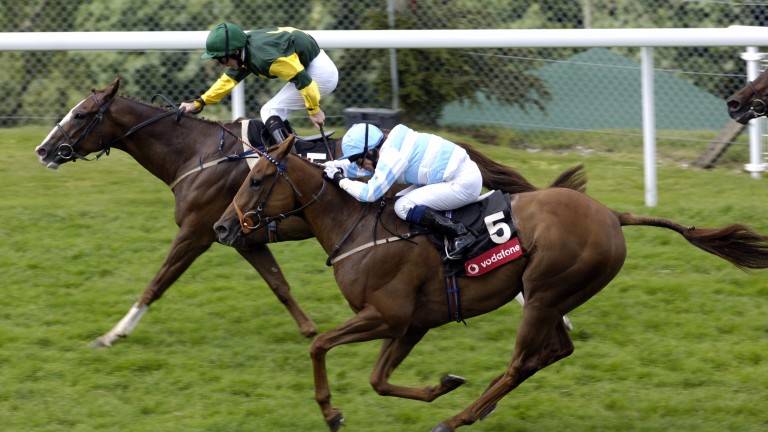 Royal Abjar, a former resident of Rathbarry Stud in County Cork, succumbed to a heart attack at Karacabey Stud Farm in Turkey earlier this month. The son of Gone West was 25.

Royal Abjar was bred in America by Delong Road Stable out of the Arctic Tern mare Encorelle and was trained in Germany by Andreas Woehler for Jaber Abdullah.

He excelled at three when he slammed Piccolo by six lengths to win the Group 2 Mehl-Mulhens Rennen and also won the Group 3 Oettingen-Rennen.

Royal Abjar initially stood at Rathbarry, from where he supplied the prolific sprinters Fonthill Road, winner of the Ayr Gold Cup in 2006, and Whitbarrow, successful in 13 races including the Molecomb Stakes at two.

The Jockey Club of Turkey purchased Royal Abjar in 2001 and he gave Turkish breeders a number of good horses, including Fairson, Gold Bihar, Lady Bolt and My Royal Sun.

He was taken out of service in 2014 due to health issues.