Rosemont Stud to welcome back Starspangledbanner for another season

Stallion was revived by his previous stay at the Victorian operation 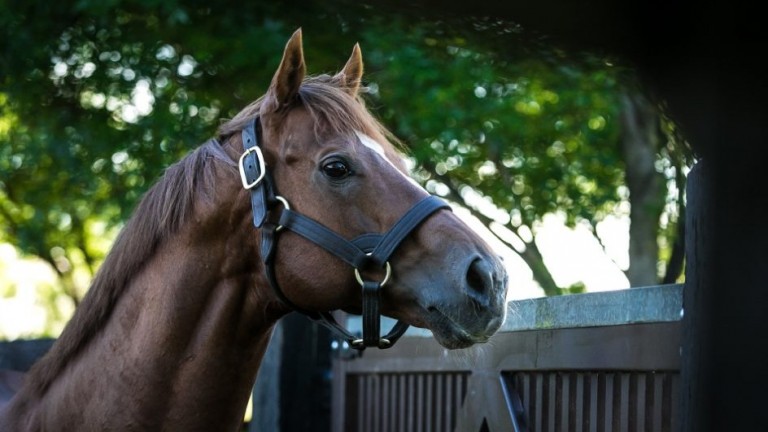 Anthony Mithen’s Rosemont Stud in Victoria, which resurrected the foundering stallion career of Starspangledbanner, will stand him again in the next southern hemisphere breeding season for the first time in four years.

Coolmore bought into the horse during his time as a smart sprinter in Australia, where he lifted the likes of the Caulfield Guineas and Oakleigh Plate. An ambitious transfer to Aidan O'Brien's stable produced further victories in the Golden Jubilee and July Cup.

Starspangledbanner retired as a Coolmore stallion prospect at the end of that year and Michelle Massey, the only syndicate member who did not sell her share, cashed it in to Mithen.

He was to prove subfertile during his first season in Ireland and was eventually returned to the track, albeit as a diminished version of his former self. It was eventually decided to take a different approach and Mithen offered him a change of scenery at his premises near Geelong in Victoria.

The transformation to the son of Choisir was remarkable as he began to get many more mares in foal, while his threadbare first crop punched well above its weight in Europe through the likes of Royal Ascot winners The Wow Signal and Anthem Alexander.

He returned to the Coolmore fold after the 2015 season at Rosemont and has been back in the swing of things during the current European Flat campaign via the unbeaten Archie Watson-trained Lady Kermit and promising Newmarket maiden winner Chasing Dreams. His fertility has also markedly improved.

"Starspangledbanner is a horse that we have had tremendous success with and is a fantastic addition to the Victorian stallion ranks," Mithen said.

"We are rapt to have him back and grateful to Coolmore for keeping us involved. At stud his numbers continue to be extraordinary off relatively low foal numbers. He has a stakes winners to runners percentage of 8.5 per cent and that is elite – in the realm of Australia’s very best stallions.

"I Am Invincible, Fastnet Rock and Exceed and Excel all bat at between 8.1 and 8.8 per cent and on that measure he's up there with them and miles ahead of a lot of unproven stallions standing for much higher fees.

"People also forget that the Banner was a brilliant racehorse, with the unique achievement of winning champion sprinter titles in both Australia and Europe in successive seasons.

"He was a dual Group 1 winner in both hemispheres – again, that is an achievement reserved for only the very best and again, it is a record that far out-strips some of the newer stallions going to stud for much higher service fees."

He will have some immediate attention ahead of this weekend’s inaugural The Showdown, an A$1 million sprint for Victorian-bred two-year-olds with useful representatives Stand To Attention, Heka Express and Judgement.

Mithen added: “We think that this is a fantastic result for Victorian breeders. It's a tough game. Increasingly breeders are stuck with the bleak choice of either paying massive prices for sires with a good record or taking a massive punt on a sire whose credentials are unproven in the breeding barn and in some cases, on the race track as well.

"This is a stallion who won four Group 1s on the track and has a proven record as a sire of good stakes winning horses from low numbers to date. Best of all, he has done both in Australia as well as Europe and there is no doubt that as a sire, his best is yet to come.”

FIRST PUBLISHED 3:07PM, APR 25 2019
It is a record that far out-strips some of the newer stallions going to stud for much higher service fees