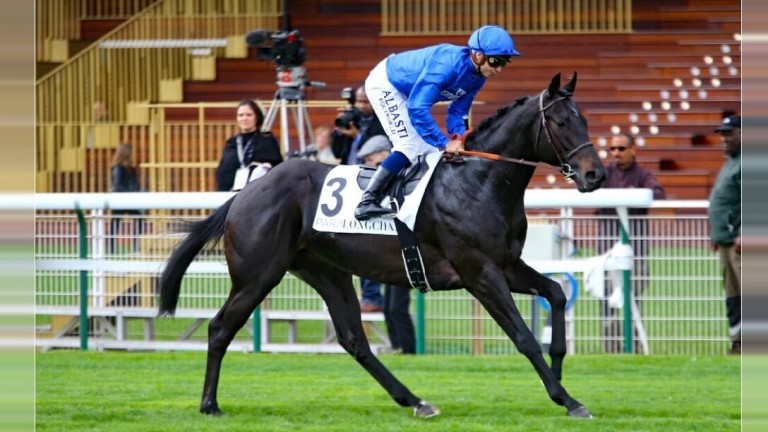 Roman Candle: hails from the family of Chichicastenango
1 of 1
By Martin Stevens UPDATED 8:58PM, NOV 15 2019

Group 2 winner Roman Candle has been purchased by Pascal Noue's Haras de la Hetraie and will become the first stallion son of Le Havre when he commences covering duty at the Normandy stud next year.

The deal for the three-year-old bay, who will be introduced to breeders at a fee of €2,800 with a small number of shares available, was brokered by bloodstock agent Richard Venn.

A €190,000 Arqana August yearling purchase by Andre Fabre, the colt won a ten-furlong Deauville maiden at two and landed the Prix Greffulhe on his second start this year. He subsequently ran with credit in three high-profile races – fifth to Sottsass in the Prix du Jockey Club, fourth to Japan in the Grand Prix de Paris and a head second to Headman in the Prix Guillaume d'Ornano.

"We're delighted to have the first son of one of the most successful stallions in France coming here,” said Noue. “Not only is he a Group 2 winner who performed consistently in Pattern company, he has a really interesting pedigree that provides a very useful and successful outcross to Danzig and Sadler’s Wells.

“As important to me, though, is his conformation. When I saw him I fell in love with him; he is dark brown, the perfect height at 16.1 hands and oozes quality – he would win a top show class.

“I can’t wait to show him to breeders, who have already shown a great deal of interest.”

Prix du Jockey Club hero Le Havre started his stallion career at a fee of €5,000 but will stand at Montfort et Preaux at ten times that amount next year, after supplying 33 stakes winners including four at the highest level – Avenir Certain, La Cressonniere, Suedois and Villa Marina.