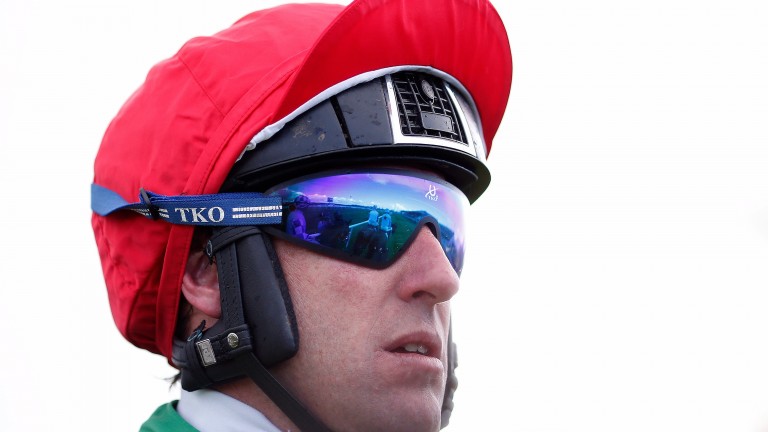 Robbie Power: jockey is a cousin of Picanha's trainer Andrew Latta
Alan Crowhurst
1 of 1
By Ollie O'Donoghue UPDATED 10:19AM, NOV 15 2018

Gold Cup-winning jockey Robbie Power will have further business to attend to after completing all his rides at Cheltenham on Friday with four-year-old maiden winner Picanha - who he owns together with his trainer cousin Andrew Latta - set to be offered at the boutique Tattersalls Ireland Cheltenham November Sale.

Trained by Latta and ridden by Jimmy O'Rourke, the son of Malinas had to dig deep to fend off the promising Westerner gelding Defuture Is Bright at Moig South on November 4, though that pair finished a distance clear of the third runner home.

"I was at the Derby Sale with Andrew last year and we were looking for horses to go down the point-to-point route with," said Power, explaining how they sourced Picanha.

"We had tried to bid on a few but were unsuccessful. We didn't think we'd be able to buy Picanha but luckily managed to get him for €24,000."

Power has played an active part in developing the rising star, and explained: "I broke him in and got him riding, and did a bit of loose schooling with him.

"He went to my cousin Andrew's place last November and I rode him twice this spring. We decided to give him a bit of time and I was impressed when I rode him again a month before he was due to run.

"I was riding at Cork the day he made his point-to-point debut, and Andrew rang me in between races to tell me that he'd won, which was great news even though we were hopeful he would win."

Picanha is the first horse owned by Power to race competitively, though the rider has dabbled in youngstock previously.

Bred by Barkfold Manor Stud, Picanha is out of the Kayf Tara mare Royal Bride, a sister to the Kim Muir Handicap Chase scorer The Package.

The Cheltenham November Sale has produced some notable graduates including the ill-fated Finian's Oscar, who was sourced for £250,000 in 2016 and was ridden by Power to win last year's Mersey Novices' Hurdle and this year's Manifesto Novices' Chase, both Grade 1 contests at the Aintree festival.

House-hunting next on Elliott groom's agenda after her pointer makes £330,000

Gelding from second-last crop of Fame And Glory proves popular

FIRST PUBLISHED 1:31PM, NOV 14 2018
I was at the Derby Sale with Andrew last year and we were looking for horses to go down the point-to-point route with