Rivet a new Group 1 winner for his sire Fastnet Rock 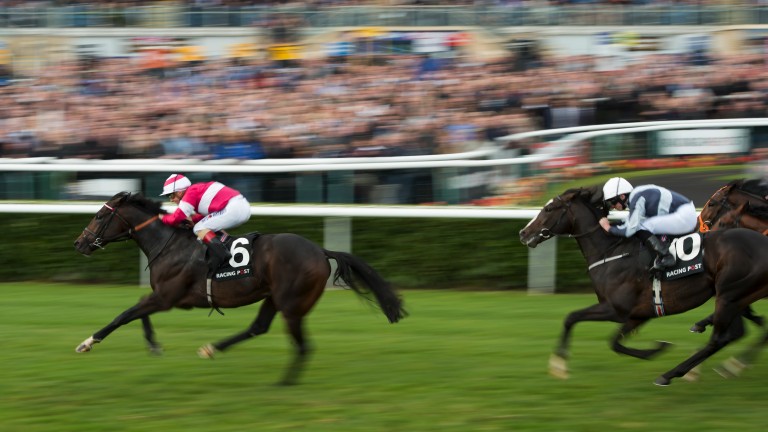 Rivet produced a commanding performance to land the spoils in the Group 1 Racing Post Trophy at Doncaster on Saturday for trainer William Haggas and jockey Andrea Atzeni.

The two-year-old was up with the pace the moment the stalls opened and as the race entered its final stages, he held off the challenge of Yucatan to win by one and three-quarters of a length.

Bred by Des Scott, Rivet is the seventh foal out of the winning Galileo mare Starship and is a brother to several winners including 7f scorer Out And About.

He is closely related to Group 3 hero Packing Tycoon and is from the family of 2,000 Guineas scorer Footstepsinthesand, National Stakes winner Power and the Grade 1-winning mare Curvy.

Starship has a yearling colt by Declaration Of War, has no foal and has been covered by last year's leading first-season sire Zoffany.

Rivet continues a successful year for his sire, Coolmore resident Fastnet Rock, who won the Group 1 Lightning Stakes and the Group 1 Oakleigh Plate in his native Australia.

Fastnet Rock has also been represented at the highest level by this season's Moyglare Stud Stakes heroine Intricately and is also the sire of the Group 3-winning duo Zhukova and Somehow.

The Fastnet Rock with Galileo as a broodmare sire cross has so far produced 11 winners to date, including the previously mentioned Intricately and Qualify.

FIRST PUBLISHED 6:40PM, OCT 23 2016
Rivet is the seventh foal out of the winning Galileo mare Starship and is a brother to several winners including 7f scorer Out And About