Pivotal and Lope De Vega among stallions chosen by breeder 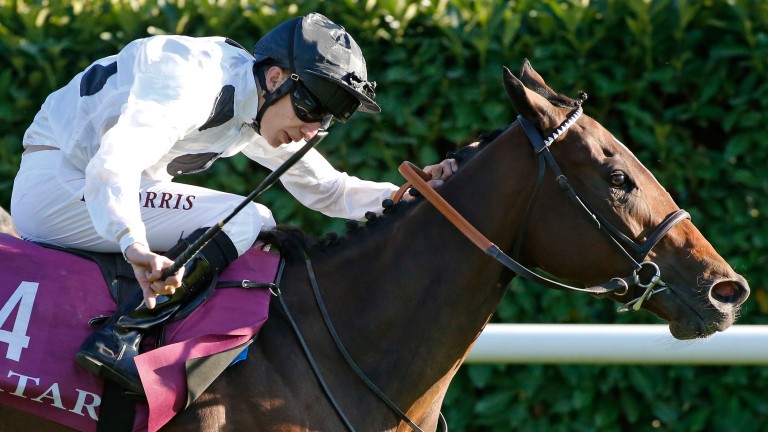 The Elite Racing Club was desperately unlucky that its outstanding homebred mare Soviet Song suffered from fertility problems and produced only two foals at stud. But it does have a young mare from the same family who looks an exciting producer.

Nine-year-old Marlinka is a Listed-winning daughter of Soviet Song's sire Marju out of Baralinka, a winning Barathea half-sister to the five-time Group 1 heroine. Her daughter Marsha, a daughter of Acclamation, became Elite Racing Club's third individual top-flight winner when she led home a top-class field for the Prix de l'Abbaye in October.

Marlinka is set to return to Rathbarry Stud stalwart Acclamation this year.

“Marsha had done so well, we thought we'd send her dam back to the same sire,” Dan Downie, racing and breeding manager for the club, explained.

“Marsha is a fantastic racemare, extremely quick, and has always been very sharp. She looks like she has strengthened up a lot and could go on at four. We hope she will show her success wasn’t a flash in the pan.”

Marsha is the second foal out of Marlinka, who also has a two-year-old colt by Cape Cross called Magistrate, a yearling filly by Iffraaj and is in foal to Acclamation's son Dark Angel.

China Tea, an 11-year-old daughter of High Chaparral who is the dam of useful novice hurdler Elgin, will go to Sir Percy, while Sistine, a winning Dubai Destination half-sister to the dam of Camelot, is set for a liaison with Holy Roman Emperor.

Affinity, a winning Sadler's Wells half-sister to Soviet Song who is the dam of the two-time winner Zest, will be covered by Lope De Vega.

“We breed based on the mare, and choose the sire depending on what we think will suit them,” said Downie.