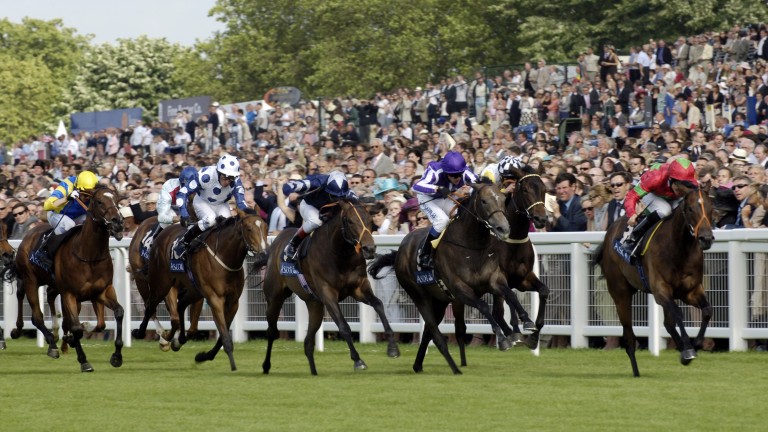 Janet Chaplin died peacefully at her home in Northumberland last week at the age of 87. Born in Yorkshire, she had spent most of her life running her herd of Jersey cows at Blisbury Farm, which was situated in the heart of the Berkeley hunting country in Gloucestershire.

She had a passion for racing and breeding and kept a few, in the main, Flat-bred mares on the farm. She also used to pinhook a few foals annually.

She bred several talented horses over the years, including the German Group winner Flying Dream, who was out of her favourite mare Finlandaise and the American Graded Stakes winner Officer Rocket. Yearlings pinhooked by her included the Group winner Tumbleweed Pearl, herself dam of Queen Mary Stakes winner Gilded.

Janet was a well educated and well read woman who did not suffer fools gladly and had a sharp tongue at times, although nothing was too much trouble for her friends, to whom she was fiercely loyal and very generous.

Unusually for someone of her background, her first and only trip abroad was a visit to the Keeneland Breeding Stock Sales in November 2003 at the age of 73. There, with the help of the late Joss Collins, she acquired the Grade 1-placed mare Ocean View, who was carrying Officer Rocket at the time.

A former Small Breeders’ representative to the TBA, Janet was hard working and dedicate to the cause. A well-known and respected character at Tattersalls sales for more than 50 years, Janet never married.

There will be a service of thanksgiving for her life at St Peter’s Church, Newbrough, near Hexham, Northumberland on Friday, October 27, at 2pm.