Nash Nasha was a ?1,000,000 buy from Arqana and leads home Breccia and Chiasma 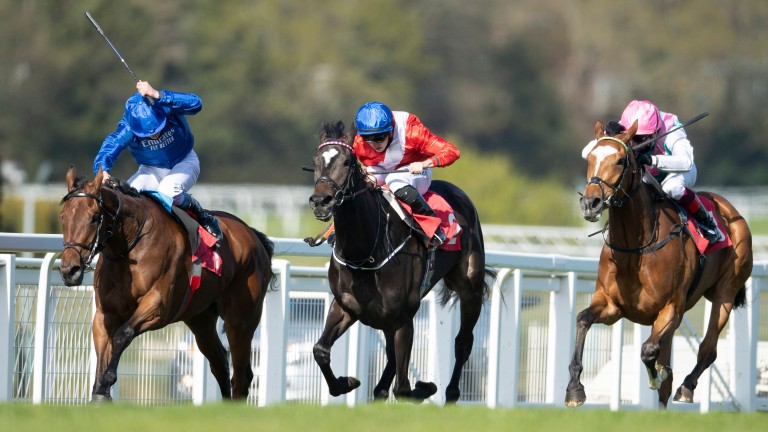 Nash Nasha (left): the daughter of Dubawi and Just The Judge takes the fillies' novice contest from Breccia and Chiasma, a full-sister to Frankel
Edward Whitaker
1 of 1
By Kitty Trice 5:01PM, APR 23 2021

The finish to the mile and a quarter fillies' novice contest at Sandown on Friday was dominated by blue-bloods as Godolphin's Nash Nasha, a €1,000,000 daughter of Dubawi and Just The Judge, just got the better of a thrilling three-way argument that also involved Frankel's full-sister Chiasma.

The impeccably bred Nash Nasha came out on top, defying the Cheveley Park-bred Breccia - a daughter of Intello and the stakes-placed Pivotal mare Rock Choir - by half a length, with Chiasma a neck behind in third.

Godolphin's winner, bred by Qatar Bloodstock Ltd & China Horse Club and a €1,000,000 purchase by Anthony Stroud from La Motteraye Consignment at Arqana's December Sale, is the second foal out of Just The Judge, winner of the Irish 1,000 Guineas and EP Taylor Stakes for Charlie Hills and Qatar Racing.

A full-sister to the winning Swift Verdict, Nash Nasha struck on her second start at Lingfield last August and her effort could be marked up here as a result of the subsequent penalty. 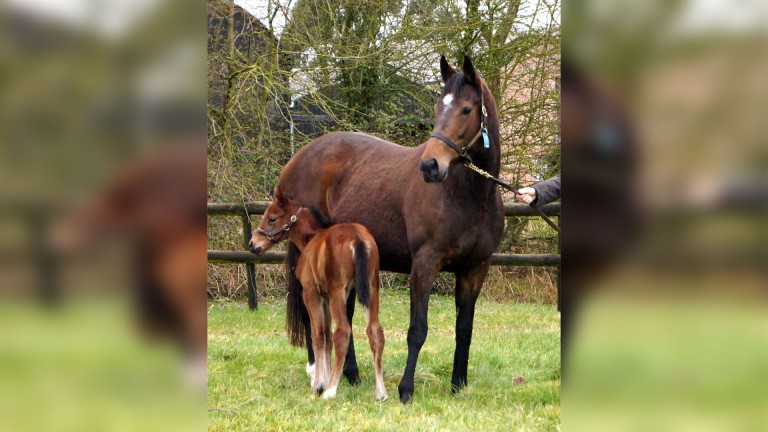 Nash Nasha with Just The Judge as a foal

Sadly Just The Judge passed away in 2019 following complications as a result of colic surgery. Her two-year-old Galileo filly, Electress, is in training with Ralph Beckett.

Like Breccia, Chiasma performed with plenty of credit on her first outing and, as a full-sister to the phenomenal Frankel and multiple Group 1-winning Noble Mission, holds huge residual value.

For now, efforts will be centred on the daughter of Galileo and the late Kind attempting to shed her maiden tag on her next start. She is only the second, and last, filly out of Juddmonte's brilliant producer, who sadly died last month after foaling a Kingman colt.

Kind - a dual Listed-winning daughter of Danehill and a close relative to Arlington Million hero and Racing Post Trophy runner-up Powerscourt - is also responsible for Bullet Train, winner of the Lingfield Derby Trial and later Frankel's pacemaker, plus the dual stakes-winning Joyeuse, by the operation's venerable Oasis Dream.

Chiasma also has a full-brother in Proconsul, who raced twice for Andre Fabre and resides at Annshoon Stud, and an Oasis Dream half-brother called Morpheus, a three-time winner for Lady Cecil and now standing at Haras de Toury.

The remarkable story of the bloodstock student who became royal photographer (£)

FIRST PUBLISHED 5:01PM, APR 23 2021
She is only the second, and last, filly out of Juddmonte's brilliant producer Kind, who sadly died last month after foaling a Kingman colt