Red hot Chile papa: why Daddy Long Legs was snapped up for Kentucky 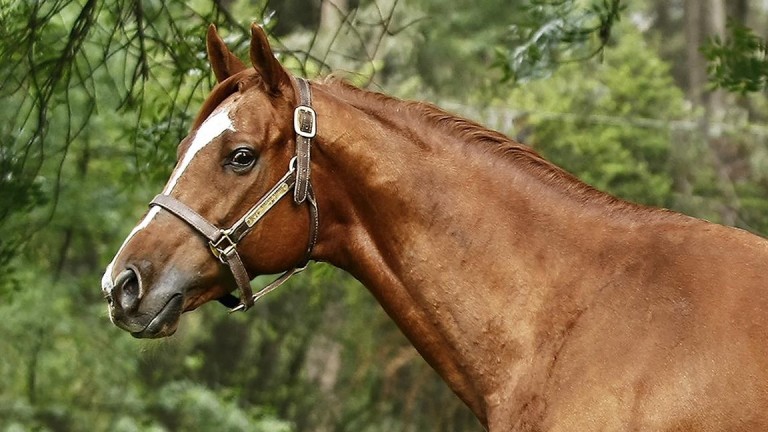 If demand for Scat Daddy blood was perceived as strong at the start of last year, then it is undoubtedly running at fever pitch 12 months on as the industry clamours to capitalise on any emerging successors.

Much of Scat Daddy’s popularity stemmed from his ability to throw fast, quality juveniles with clockwork regularity and when No Nay Never signalled last season that he may well follow suit with his own series of classy two-year-olds, demand for anything Scat Daddy went into overdrive.

There are at least 20 sons of Scat Daddy listed at stud worldwide. Triple Crown winner Justify is understandably the most highly anticipated new Kentucky stallion of 2019 and commands $150,000 at Ashford Stud as a result. And, by all accounts, fellow Ashford stallion Mendelssohn, also by Scat Daddy and a half-brother to leading sire Into Mischief, has been unbelievably popular with breeders, in his case at $35,000.

Moving on to Europe, opportunities to tap into the Scat Daddy line abound via No Nay Never, Caravaggio, Sioux Nation, El Kabeir and Smooth Daddy in Ireland, and Seabhac and Seahenge in France.

Take out No Nay Never, however, and the majority are unproven.
Enter Taylor Made Farm’s new recruit, Daddy Long Legs, winner of the Royal Lodge Stakes for Aidan O’Brien in 2011.

Purchased by the Kentucky farm in partnership with Phoenix Thoroughbreds and KatieRich Farms, Daddy Long Legs arrives in Kentucky from Haras Cordillera in Chile on the back of a quick start to his stud career, one that has evoked comparisons with Scat Daddy’s own sensational career during his time in the same domain.

Ten-year-old Daddy Long Legs, a member of Scat Daddy’s first crop, led all first-crop sires in Chile during 2017 - 18 with five stakes winners and ten stakes horses. The cohort included a real star in Fallen From Heaven, winner of the Grade 1 Tanteo de Potrillos on dirt and Grade 2 Copa de Plata Italo Traverso on turf, as well as Grade 3 winner Atomicka. All told, there have been 53 winners to date, with 32 coming on dirt and another 21 on turf.

Thus, when the chance arose to bring Daddy Long Legs back to the northern hemisphere, Taylor Made were quick to sift through options.

“We had our eyes on the horse early on and we were interested,” says Ben Taylor, vice president of stallions at Taylor Made. "We also knew there was interest from other parties, including in Europe. To be honest, we weren’t sure that at the price they were asking whether it would work.

"But then we were approached by an agent working with Phoenix Thoroughbreds and it became clear that a partnership structure could be organised and that there would be people coming in willing to support the horse.”

The purchase was officially announced in November and Daddy Long Legs was installed on the Taylor Made roster at a fee of $10,000.

This isn’t the first time that the horse has shuttled to the US as in 2016 he spent a relatively unproductive season at Strouds Lane Farm in Florida that resulted in two live foals. But now with such a strong start behind him, not to mention the ambition of his new ownership, this latest move promises to be very different.

“He had ability and has proved he can get a nice horse,” says Taylor. “He’s thrown runners with form on turf and dirt in South America. Plus, everyone loves Scat Daddy and obviously there’s now a limited access to the line. So I think he’s a unique horse at $10,000.”

Taylor Made are envisaging a three-figure book this season for Daddy Long Legs, with approximately 20 per cent hailing from the ownership group. There is also the possibility that he will shuttle, although not necessarily back to Chile.

That Daddy Long Legs is proving so versatile at stud is not surprising given his pedigree and own race record. Graced with the flashy markings reminiscent of his damsire Meadowlake, Daddy Long Legs was the first horse to bring Scat Daddy to attention in Europe, making all in the 2011 Royal Lodge Stakes at Newmarket and 2012 UAE Derby on the Tapeta at Meydan. He was also fourth behind Power in the Irish 2,000 Guineas.

Daddy Long Legs joins Taylor Made at a crucial time for the stallion division. Once home to the likes of Unbridled’s Song, Saint Ballado and Forestry, the farm today stands six stallions, four of whom are unproven. While the quartet of youngsters is a heavyweight one that includes Horse of the Year California Chrome, such a composition does place an additional allure on the arrival of a proven yet young option such as Daddy Long Legs, especially in a market that is increasingly brutal. 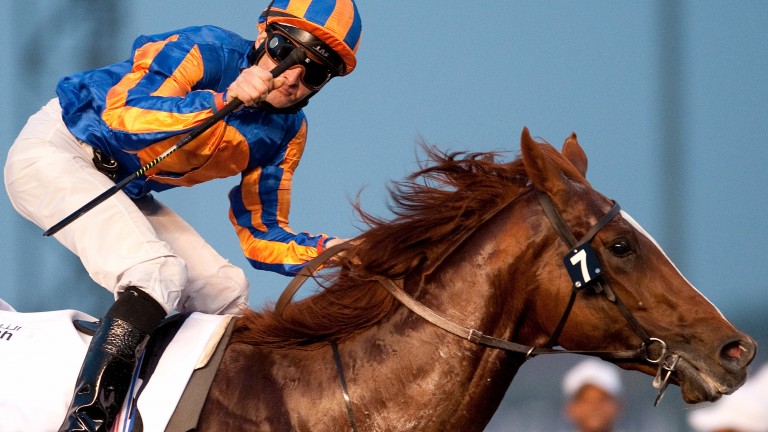 “The Kentucky stallion market is so tough - it’s becoming increasingly difficult to get these horses,” says Taylor. “What farms are paying for stallions now means that sometimes they have to breed more mares than they want to. These horses coming off the track, they’re breeding huge books and pulling mares from those horses that are a bit further down the line on the bubble.

“What they [breeders] want are those either off the track or those that are already proven. And for those in the waiting period, it’s becoming much harder. Then if you get a stallion who can get runners but is not perceived as elite, they don’t want to know either.”

Half of Taylor Made’s roster have their first yearlings on the ground this year while another resident, Midnight Storm, a Grade 1 winner who successfully switched between surfaces, has first foals.

All eyes, however, are on $14.7 million earner California Chrome, the 2014 Kentucky Derby and Preakness Stakes hero who came back as an older horse to win the Dubai World Cup.

“They sold well but the best foals definitely weren’t in the sales,” says Taylor. “I think they’ll get better with age and be progressive, just like him.”

The market, meanwhile, was particularly taken with Not This Time, the 2016 Breeders’ Cup Juvenile runner-up whose career was truncated by injury. By Giant’s Causeway and a half-brother to top miler Liam’s Map, Not This Time fired in seven six-figure weanlings - not a bad return for a $15,000 fee.

“The whole family throws beautiful horses and he’s a beautiful horse,” says Taylor. “Giant’s Causeway was one of my favourite horses and we’re hoping that Not This Time will be the son of his to carry on his legacy in the US.”

The trio is rounded out by Mshawish, a Grade 1 winner on dirt and turf for Al Shaqab Racing who was also Group 3-placed in France.

“I actually think he was better on dirt but unfortunately we didn’t get to see him on the surface until later in his career,” says Taylor. “His progeny are a lot like him - they have substance and bone.”

Billed as Medaglia D’Oro’s most accomplished son and advertised at $10,000, Mshawish has been represented by three six-figure weanlings led by a $170,000 colt out of Lemon Hero.

“We’re at a stage where we have a big few years ahead of us,” says Taylor. “It’s a nerve-wracking time. You can make all the right moves but that doesn’t necessarily result in success.

"But I do think that we’ve compiled a really good group of horses who check all the boxes.”

FIRST PUBLISHED 6:05PM, FEB 2 2019
What farms are paying for stallions now means that sometimes they have to breed more mares than they want to