The yearling is by Kildangan Stud resident Dawn Approach 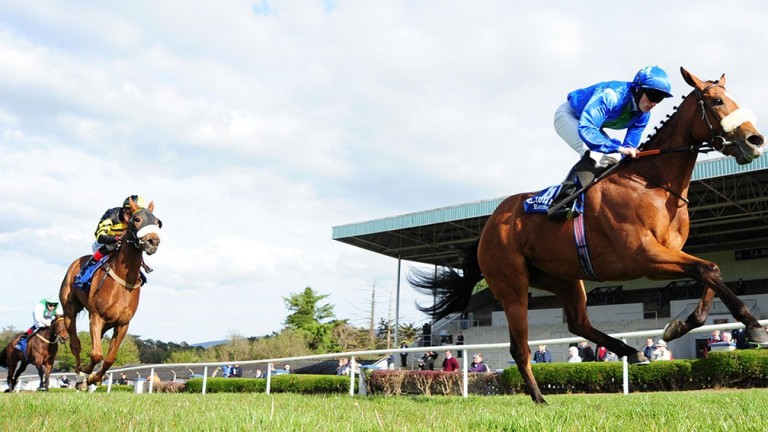 The Irish National Stud Breeding and Racing Club has added a new racehorse to their string for 2017.

The club, who tasted success with Invincible Lia's maiden win at Clonmel earlier in the year, has purchased a half-sister to the globetrotting Group 1 winner Red Cadeaux as Invincible Lia has been retired from racing.

The yearling filly is a daughter of Kildangan Stud resident Dawn Approach.

The club has had a good year,with their colours carried to victory in Clonmel, as well as finishing fourth behind subsequent Irish Oaks winner Seventh Heaven.

The club also enjoyed days out to see their fillies work, visits to view their foals at the Irish National Stud, a trip to Jim Bolger's Coolcullen Stables, Naas Racecourse, along with the Irish 1,000 Guineas and the Irish Champion Stakes.

Hoping to carry on where Invincible Lia left off is a Showcasing two-year-old from the family of Group 1 winner Prohibit, who is in training with Willie McCreery. The chestnut is aptly named Realt Rua, meaning "red star".

The club has capacity for 50 members and annual membership is €2,000. In 2017, members will have two horses to run in their colours as well as two foals which will be sold on their behalf at the foal sales.

Members also receive cards to attend races in Ireland, season passes to the Irish National Stud and Gardens and enjoy a host of activities including stable visits and race days.

The club offers an opportunity for those with an interest in racing or breeding to see the whole thoroughbred cycle from the breeding shed to the racecourse and everything in between.

FIRST PUBLISHED 7:00PM, DEC 9 2016
In 2017, members will have two horses to run in their colours as well as two foals which will be sold on their behalf at the foal sales