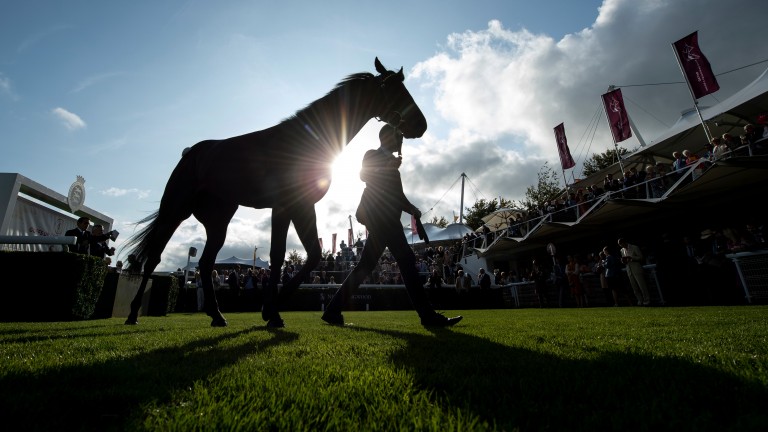 While the winner’s enclosure was finally bathed in some consistent sunshine after a blustery day on Wednesday, trade within it for the Goffs UK Goodwood Sale remained deeply uneven.

Just two of the seven registered lots will be heading to new homes, and the first to go under the hammer set a mark that was not passed during the following few minutes.

Highest honours went to Red Armada at £275,000, a three-year-old son of Invincible Spirit who had been hitting his stride for the China Horse Club and Clive Cox, winning his most recent two starts.

It was Charlie Dee, a protege of bloodstock agent Luke Lillingston, who gained the upper hand, but he could disclose little other than that the colt was heading overseas.

"He’s been bought for an international client who would prefer to remain anonymous," Dee said. "He’s a horse that I had been following for a while, and we had already tried to buy him privately for a different client in America. He’s a progressive horse who gets a mile and Clive Cox has done a fine job with him."

While there was some interest in Show Me Show Me, Fan Club Rules and Wheels On Fire, who could not have realistically done more than expected by finishing third, fourth and fifth respectively in the Molecomb Stakes earlier in the afternoon, they remain with their present owners and trainers to continue their careers. 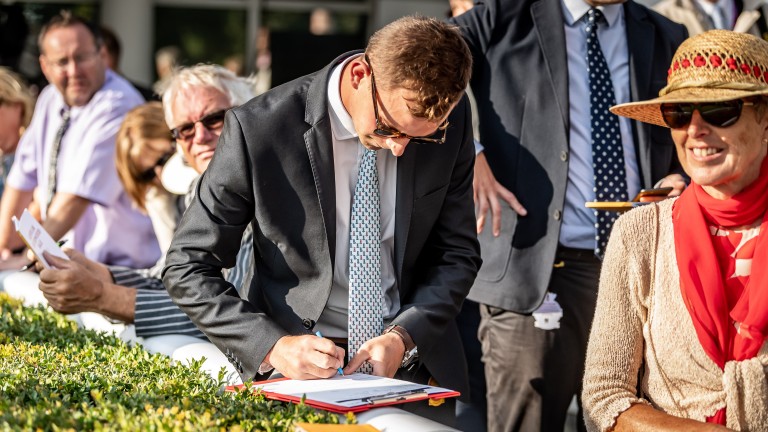 Charlie Dee of Lillingston Bloodstock signs the docket for Red Armada
Sarah Farnsworth
It was the other horse to be present on the site, Little Kim (4), last year’s winner of the Group 3 Prix du Bois who came having been covered by Showcasing, who left with new connections after Matt Houldsworth of Howson and Houldsworth Bloodstock made the successful last bid of £200,000.

"She's been bought for an undisclosed client," he said. "She’ll stay in England and won’t run again. She was a very good two-year-old and comes in foal to one of the best of the up-and-coming stallions who has done me a lot of good, so hopefully he does the same for my client."

Goffs UK managing director Tony Williams said: "There is no doubt this sale is at the right time and the right place, and we are confident it has a bright future as Red Armada’s excellent price clearly demonstrated.

"That said, we would obviously liked to have sold more of the horses offered but, as with the Goffs London Sale, these Flat boutique sales are judged by entirely different standards as owners are perfectly content to keep their horses in training for the rest of the season if they don't achieve a premium in the ring.

"We would like to thank the Goodwood executive for their ongoing, enthusiastic partnership and for now we move our focus to the strong offering at next week’s Doncaster August Sale which will feature part two of the Grech & Parkin Dispersal."

FIRST PUBLISHED 7:28PM, JUL 31 2019
He's a progressive horse who gets a mile and Clive Cox has done a fine job with him