Flat yearlings, horses in training and broodmares all on offer 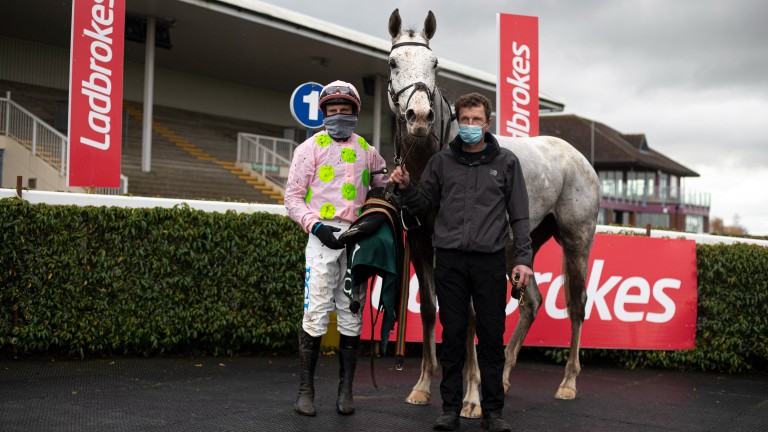 Navan Grade 3 winner N'Golo is one of the most recognisable names in the catalogue
Patrick McCann
1 of 1
By Tom Peacock UPDATED 8:20PM, OCT 20 2021

A changing of the seasons is reflected by the catalogue for Thursday's Goffs UK Autumn Sale, with a group of recently seen Irish pointers sure to attract attention as the National Hunt season gathers pace.

Donnchadh Doyle is among those who made supplementary entries in the final few days including Kayf Tara gelding Kayf Baha, who was off the mark at Tinahely on Sunday, and Silver Flyer, by Malinas from the family of Moscow Flyer, making amends for a luckless previous effort by scoring on the same afternoon at Umma House.

There are around 20 pointing prospects offered during the middle section of the session including Patrick Turley's Portrush scorer Glebe Road, out of a full-sister to the very smart Oscar Whisky, Bonne Debut, who made just that for Mark Scallan at Monksgrange, and Tom Keating's Baghdad Central, who ran away with an event at Oldcastle.

The 5YO son of Malinas is from the family of Moscow Flyer.

A completely mixed sale reverts to a previous format with around 200 lots going through the ring. Last year, yearlings and horses in training were sold separately to another event at Yorton in November, where ex-pointer Jonbon set a new £570,000 record and future Aintree Grade 1 winner Ahoy Senor, who is set to start out over fences this month, also changed hands.

It begins with more than 40 Flat-bred yearlings. Among them is an Acclamation colt from White Bloodstock and a son of Expert Eye, out of the Listed Daisy Warwick Stakes winner Special Meaning, consigned by Dave Mulholland. Representatives from the likes of Havana Grey, Profitable, Bated Breath and Sioux Nation could all be of potential interest too.

Among the more familiar names to go under the hammer is N'golo, who won a Grade 3 novice hurdle for Willie Mullins at around this time last year while David O'Meara has supplemented Orbaan, who made bright starts for both his stable and that of Andre Fabre but has been down on his luck lately.

There is also a notable broodmare prospect being sold by Sarah Faulks' Yeo Barton Bloodstock in absentia. Bonbonniere is a half-sister to the Irish National winner Burrows Saint. She has not been covered but has already produced colts by by Getaway and Goliath Du Berlais.

You can view all the sale entries here

When One-day session on Thursday from 10am

FIRST PUBLISHED 12:46PM, OCT 20 2021
A completely mixed sale returns to a more recognisable format with around 200 lots going through the ring