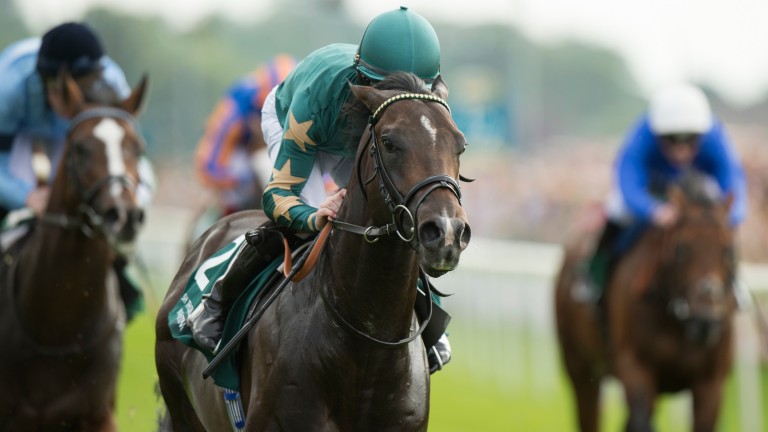 Ajaya: first-season fee has been set for the son of Invincible Spirit
Edward Whitaker
1 of 1
By Martin Stevens 5:01PM, NOV 6 2016

Rathbarry's headline sire Acclamation, represented this year by Prix de l'Abbaye winner Marsha and high-class juvenile Mehmas, has had his fee held at €30,000.

The stud's stalwart Tagula, sire of top sprinter Limato and star miler Canford Cliffs, is also at the same price as in 2016 - €4,000.

Also pitched at €4,000 are Moohaajim and Xtension, who both have their first foals on the ground.

Rathbarry Stud's Catherine Cashman said: "We've held Acclamation at the same fee even though he had such a great year - we feel it's right to give breeders a chance in this market."

She added that the new boys had been creating a buzz.

"Ajaya is by the right sire with a stallion's pedigree and should pass on speed, and he's a very correct horse," she said.

"Kodi Bear was a good seven to eight-furlong horse and should suit a cross-section of mares. There has been a lot of interest in both."

FIRST PUBLISHED 5:02PM, NOV 4 2016
Ajaya is by the right sire with a stallion's pedigree and should pass on speed