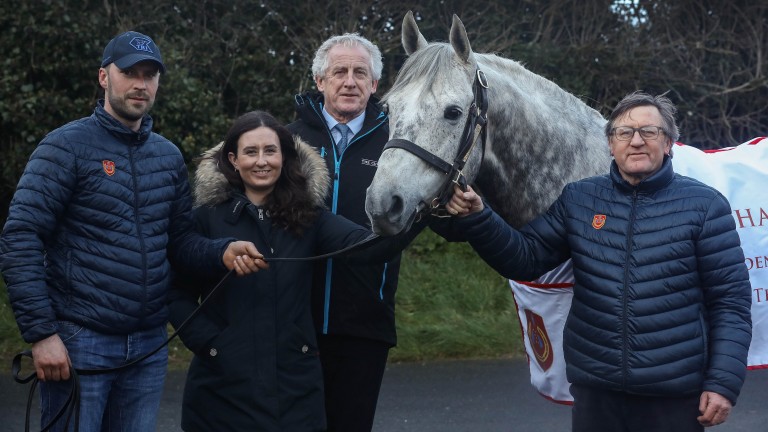 Rathasker Stud has taken over the sponsorship of the Group 3 Phoenix Sprint Stakes at the Curragh, which take place on August 9 this year.

Curragh chief executive Pat Keogh was joined by Maurice Burns of Rathasker Stud and his daughter Madeline, together with sire Gregorian and stallion man Liviu Parvu, to announce the sponsorship of the Phoenix Sprint Stakes for the first time by one of Ireland's leading commercial studs.

"Our family have a previous history with the race in that my father Paddy's good Ahonoora filly Park Dream won the Phoenix Sprint in 1992. There is also a nice progression for sprinters after this race as the winner gains a free entry into the Group 1 Flying Five Stakes on Irish Champions Weekend." 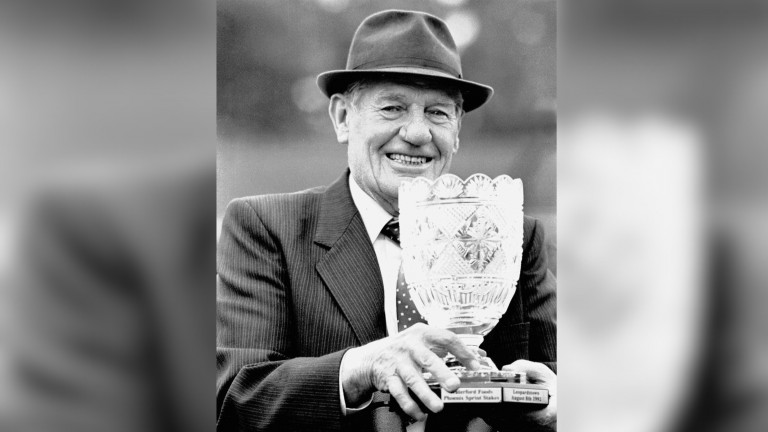 The Phoenix Sprint Stakes is run for three-year-olds and upwards and contested over six furlongs and previously held at Phoenix Park and Leopardstown.

Last year's contest was won by the Joe Murphy-trained Gustavus Weston, then a three-year-old son of Equiano, while Mick Kinane has rode the winner on three occasions with Jester (1983), Northern Goddess (1990) and Tropical (1993).

'We weren't expecting this!' - Arctic Tack Stud's Jet Away off to a flying start

FIRST PUBLISHED 11:40AM, FEB 28 2020
We're delighted to announce our new sponsorship at the Curragh - the Group 3 Rathasker Stud Phoenix Sprint Stakes of €65,000