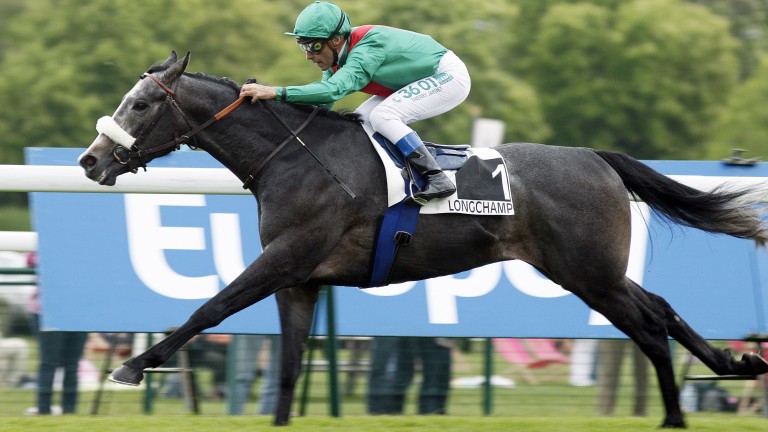 History repeated itself in Deauville yesterday when sons of two rising French stallions replicated a racetrack duel they shared back in 2010.

That spring, in the Prix de Fontainebleau, Rajsaman carried the Aga Khan’s second colours and was perceived as a pacemaker for the odds-on Siyouni. But he held out by half a length, with Lope De Vega third. The latter, now such a successful sire himself, came out on top when the three proceeded to the Poule d’Essai des Poulains. After Sunday’s running of the same Classic, however, that Fontainebleau seven years ago must be counted one of the significant Group 3 races ever staged.

Brametot, a member of Rajsaman’s first crop, just thwarted Siyouni’s son Le Brivido in a race that magnified the sense that the boom times are back in French breeding - and the role, in that revival, of Haras de la Cauviniere. For having performed one miracle with Le Havre, the Normandy farm may have initiated another with Rajsaman.

True to Cauviniere’s policy of supporting its own sires at the sales, Brametot himself was bought as a foal by Sylvain Vidal for just €26,000 at the Arqana December Sale. He initially raced for Vidal’s wife Elisabeth in partnership with Gerard Augustin-Normand, who raced Le Havre and co-owned that stallion’s two dual Classic winners in his first three crops. The Vidals sold their share to Al Shaqab after Brametot emulated his sire - and, remarkably, his grandsire Linamix - by winning his trial in the Fontainebleau.

Brametot is the last foal of Morning Light, a Law Society half-sister to no less a horse than Monsun. There is plenty of stamina in this family, should connections favour a new trip in the Prix du Jockey Club. Monsun’s sister Morning Queen is the second dam of a Prix du Cadran winner in Molly Malone, as well as the classy Wekeela, three times runner-up at the highest level either side of the Atlantic.

FIRST PUBLISHED 7:04PM, MAY 14 2017
True to Cauviniere’s policy of supporting its own sires at the sales, Brametot was bought as a foal by Sylvain Vidal for just €26,000