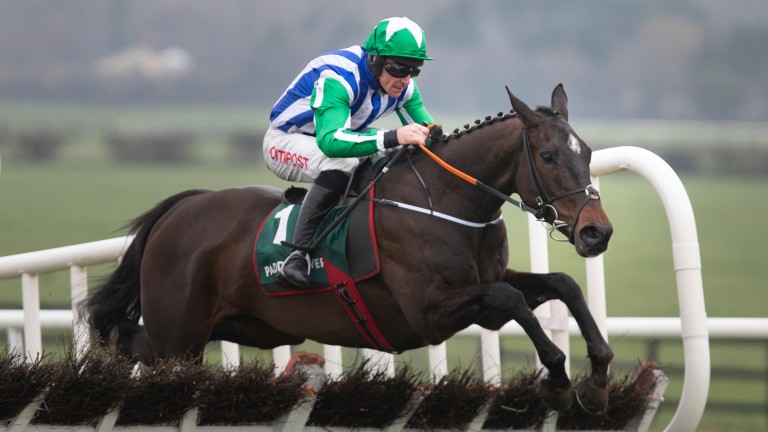 The other scorers were Chosen Mate, who bravely held on to take the Grade 2 Paddy Power Onside App Novice Hurdle at Naas; Chosen Hour, an easy winner of a Thurles handicap hurdle who unseated his rider when going well in a bid to double up at Fairyhouse just two days later; and the easy bumper victors Midnight Run and Sellarbridge.

They continue a good 12 months for Well Chosen, during which one son, Jury Duty, landed the American Grand National and another, Midnight Run's brother Carefully Selected, finished a neck second in the Champion Bumper at the Cheltenham Festival and took third in the equivalent race at Punchestown.

The 20-year-old stallion has risen to prominence despite being no more than a Lingfield maiden winner in his eight-race career, albeit a very well bred one, as a son of Sadler's Wells and Nassau Stakes winner and Irish Oaks second Hawajiss.

He also received meagre opportunities in terms of quality and quantity in his early years at Kedrah House in Cahir, County Tipperary, also a veterinary clinic and location of sport horse stallions.

His first three crops numbered 29, 57 and 45 mares although – crucially – many were not produced with a career in thoroughbred racing in mind.

Kedrah House Stud's Thomas Meagher explained why and how Well Chosen was acquired by the stud.

“We were looking for a country stallion and I'd done veterinary work at Sheikh Mohammed's Ballysheehan Stud nearby, so asked them if they had anything,” he said.

“They suggested Well Chosen and having been involved in his early days I remembered he was a great model. When I spoke to Ed Dunlop, who'd trained him, he told me he was a very talented horse and should have run in the Derby but kept suffering niggles like viruses and flu. Things just didn't happen for him.

“He started covering sports horse mares with us and we just got lucky that several out of thoroughbreds raced and proved to be quite good. Look at Jury Duty – his mother [Swan Heart] had been breeding show horses and produced a Dublin champion.”

With Jury Duty in mind, Meagher described Well Chosen as “a phenomenal upgrader who brings up mediocre mares”.

The sire's most recent star, Chosen Mate, appears to support that statement as he is the only runner under rules who appears under his first two dams. His dam Norwich Star, who once went unsold at just €900 at a Goresbridge sale, and granddam Lady Fourstar were both unraced. 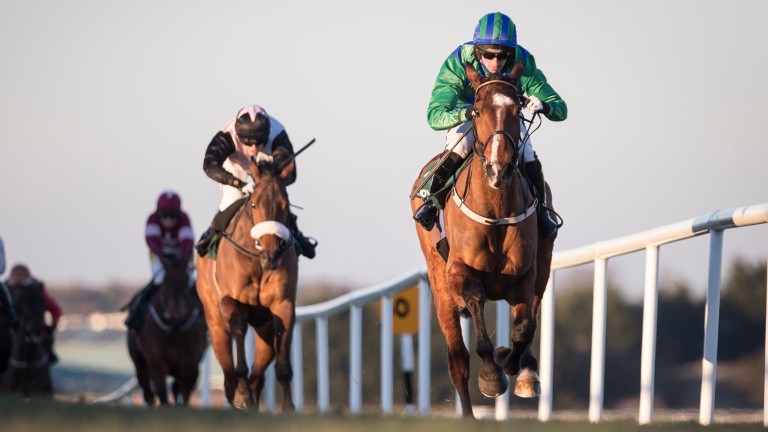 Carefully Selected and Midnight Run are out of an unraced daughter of Alderbrook who in turn is out of the unraced Al Sirat mare People, although she was a half-sister to the useful pair Potato Merchant and Stag Hill and features as granddam of the high-class Lord Sam.

“He's been getting just the crumbs from the table,” Meagher said with regard to the mares Well Chosen has covered.

He added that he expected Well Chosen to be much busier this year as he covers his 16th book at Kedrah House Stud with his fee on application – which will include some “top mares”.

Meagher is hoping that Well Chosen's success will rub off on the stud's new recruit Berkshire, the Chesham Stakes winner by popular dual-purpose stallion Mount Nelson out of Prix de l'Opera winner Kinnaird.

“He has similar credentials in that he has an excellent pedigree and is big – around 16.3 hands – with a very masculine physique,” Meagher said. “We're hoping that he'll benefit from Well Chosen's popularity, as breeders using him will bring a mare for Berkshire too.”

Chosen Mate, Carefully Selected and Midnight Run could represent Well Chosen at the Cheltenham Festival, along with Alan King's fair chaser Chosen Path if he gets into one of the meeting's handicaps.

Jury Duty, meanwhile, is an intriguing prospect for the Grand National in April. Not seen in public since winning at Far Hills in New Jersey in October, the Gordon Elliott-trained eight-year-old is guaranteed a run in the Aintree spectacular having been allotted a handy 10st 7lbs.

FIRST PUBLISHED 7:59PM, FEB 25 2019
Ed Dunliop told me that Well Chosen was a very talented horse and should have run in the Derby but kept suffering niggles