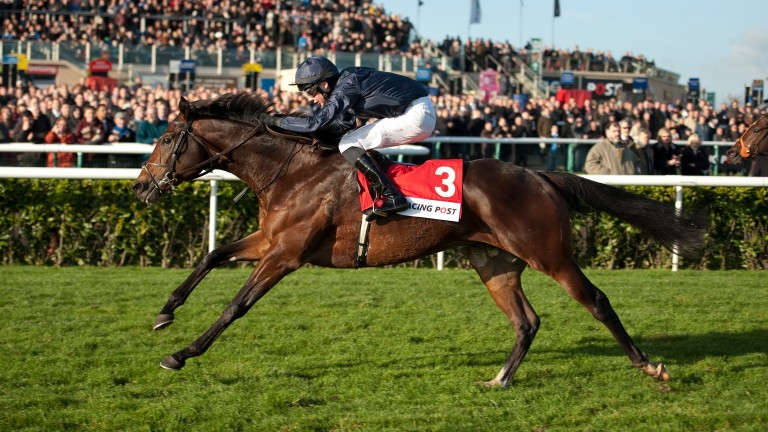 Kingsbarns: The former Racing Post Trophy winner has died at stud in South Africa
Edward Whitaker
1 of 1
By Mark Scully 4:57PM, MAY 17 2018

Kingsbarns, a Group 1 winner at two for Aidan O'Brien, has died at South Africa's Drakenstein Stud at the age of eight after suffering from colic.

The son of Galileo, who was bred by O'Brien and his wife Annemarie and hailed from the family of stars such as Rip Van Winkle and Halling, had well documented fertility issues and was relocated to South Africa having initially joined the stallion roster at Coolmore's Castlehyde.

and his first crop of 14 South Africa-breds are now yearlings.

Having won the 2012 Racing Post Trophy at Doncaster, Kingsbarns would never win another race but kept illustrious company during the remainder of his eight-race career.

He finished third in the following year's Queen Elizabeth II Stakes at Ascot behind Olympic Glory, with the likes of Dawn Approach, Elusive Kate and Gregorian in behind.

FIRST PUBLISHED 4:57PM, MAY 17 2018
Despite his subfertility, Drakenstein Stud sought to maximise Kingsbarns' opportunities by breeding him to northern and southern hemisphere time