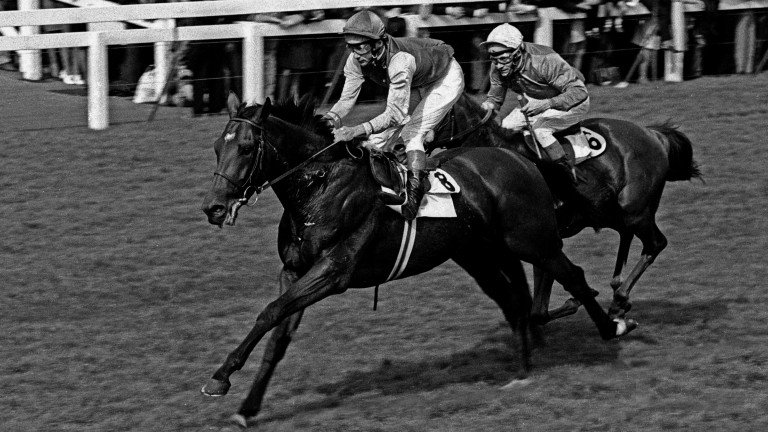 One of the last sons of Nijinksy to stand at stud, Jendali, has died in retirement at the age of 28.

Nijinsky was the last horse to complete the Triple Crown when winning the 2,000 Guineas, Derby and St Leger in 1970.

His son Jendali was trained by Sir Henry Cecil and ran in the colours of Sheikh Mohammed.

Raced five times from two to three, he won the Group 3 Queen’s Vase at Royal Ascot by a neck from Silver Rainbow and the Listed Bahrain Trophy over 1m7f on the July course at Newmarket.

His last start as a three-year-old saw him finish seventh in the St Leger won by Toulon.

Bred by C E Schmidt and Mount Sunrise Farm, by the Triple Crown winner Nijinksy out of the Fortino II mare Jellatina, he was a brother to Maksud, winner of a Listed race at Goodwood and runner-up in the Derrinstown Stud Derby Trial.