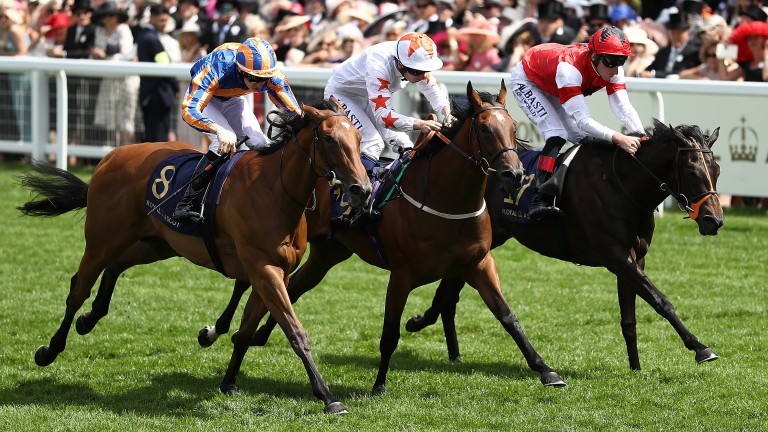 Dual Group 2 winning juvenile Signora Cabello, who also boasts a Group 1 second on her glittering CV, has been added to the Tattersalls December Mares Sale as a wildcard.

The John Quinn-trained filly scored her first black-type victory in the Listed Marygate Stakes at York before showing a determined attitude to win the Group 2 Queen Mary Stakes at Royal Ascot in June.

Signora Cabello then conquered the colts in the Group 2 Prix Robert Papin at Deauville before finishing a close second to Pretty Pollyanna in the Group 1 Prix Morny at the same track.

Following her Queen Mary win, Quinn was effusive in his praise for the star filly: “All she's done is improve and she's improved again. She's very laid-back, has a very good mind, and she's got plenty of ability,” the Malton handler said.

Raced by Phoenix Thoroughbreds and Zen Racing, Signora Cabello is out of the Night Shift mare Journalist, who finished second in the Group 3 Princess Margaret Stakes at Ascot during her own race career and is a half-sister to Group 2 Flying Childers Stakes hero Sheer Viking.

The daughter of Yeomanstown Stud stallion Camacho will be offered as a filly in training on the evening of December 4 as lot 1908A.

The Tattersalls December Mare Sale takes place from December 3 – 6. Catalogues are online now at www.tattersalls.com and available from Tattersalls and Tattersalls Representatives.