He expects to send eight to Tally-Ho Stud's new recruit 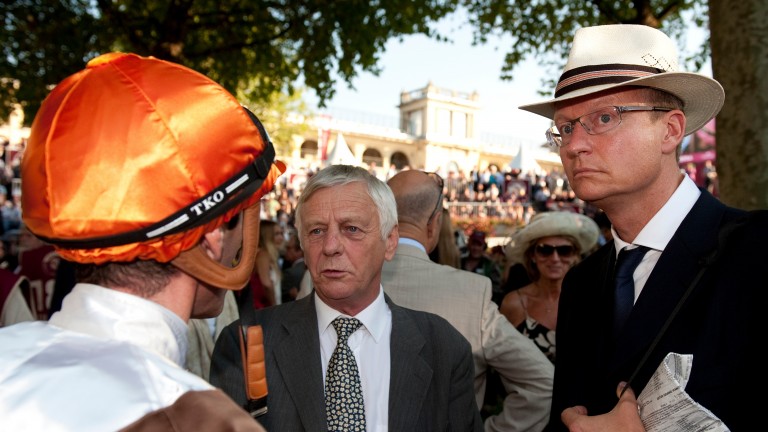 Haras de Saint Pair’s owner Andreas Putsch has plans to follow up from a busy few days at Tattersalls this week with the purchase of some more mares at Arqana’s Breeding Stock Sale to visit his homebred Vadamos next season.

Taking up stallion duties at Tally-Ho Stud at a fee of €10,000, this year’s Group 1 Qatar Prix du Moulin winner and recent Cox Plate and Emirates Stakes fourth will be well supported by his breeder, as well as from his Australian part-owner John Camillieri.

“We’ve both kept an interest in Vadamos, and are now really looking forward to what the future holds. I bought three at Tattersalls that will go to him, and expect to send around eight in total at this stage,” Putsch says.

Of those bought in Newmarket were German Listed winner and Group 2 runner-up Nymeria, knocked down for 200,000gns to Putsch’s advisor Crispin de Moubray. Now a four-year-old, the daughter of Soldier Hollow is out of champion two-year-old filly Narooma, and a half-sister to Listed winners Narrow Hill and Namibia.

“I really like her sire, and I know the family as I also owned Namibia,” Putsch says. “We're looking to send a range of speedy and stamina types to Vadamos, as at this stage we obviously don’t know what will suit him best,” he says of the five-year-old.

Among those already owned by Putsch that are set to visit the son of Monsun is his homebred Girl Friday. The first foal out of Poule d’Essai des Pouliches runner-up Glorious Sight, for whom he paid €1.7 million for in 2011, the daughter of Pivotal won her only start impressively as a juvenile last year before a number of placed efforts this season.

“Unfortunately she was affected by the virus in Andre Fabre’s yard this year, so couldn’t show her best,” he explains. “We're also thinking about sending La Banderilla and maybe Via Pisa.”

The German also outlined plans for 935,000gns Tattersalls purchase Irish Rookie. “She’s arrived safely back at the stud and we're delighted to have bought her. We're looking at sending her to either Dubawi or Galileo”.