Tom Harris looks at the Australian view of breeding for stamina 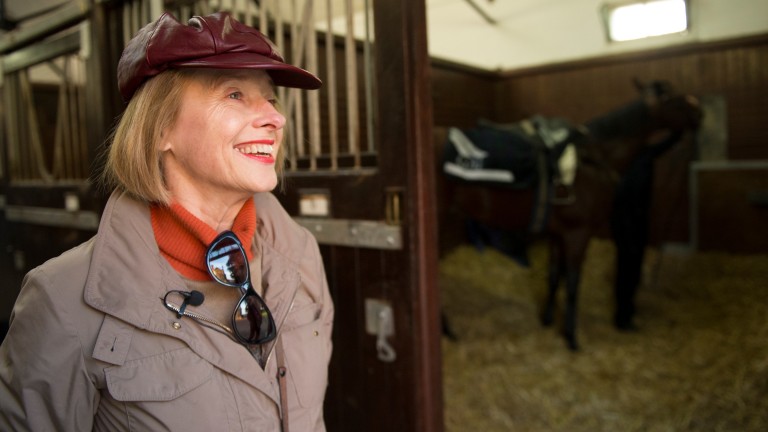 Breeding for speed and precocity over stamina is currently a hot topic in racing. The trend is much to the detriment of the breed, according to industry heavyweights such as Peter Stanley. However, this shift is not a new phenomenon.

Australia’s bloodstock industry is many decades ahead of Britain and Ireland in the movement away from staying pedigrees. Gai Waterhouse, the trainer of more than 130 Group 1 winners from her Sydney base, offers an explanation as to why this change has occurred.

“Australia’s climate is conducive to producing superior sprinters and in keeping with that we've carved out our own unique identity,” she says. “Our sprinters have been proven on the world stage and their bloodlines are therefore highly sought after internationally - take Exceed And Excel or Fastnet Rock for example.

"The lack of stayers bred in Australia is a problem because many millions of dollars are being invested elsewhere instead of supporting our own industry, but the problem is that we just don’t have the staying races to support them.

"If you take out the Melbourne Cup and one or two other 3,200-metre [two-mile] races there’s nothing else around for them. I'm not saying that we shouldn’t breed stayers in Australia but if the programme doesn’t complement them, that’s fewer dollars in my owners’ pockets.”

Through the genetic testing of yearlings, Equinome/Plusvital have shown with their Speed Gene test how far Australian and British thoroughbreds have diverged. This has been done by comparing the proportions of C:C horses that have optimum racing distances of between five furlongs and a mile. In Britain the current proportion of C:C horses stands at around 25 per cent, while in Australia this number is a whopping 55 per cent.

C:T and T:T are the other two variants of the Myostatin gene, a muscle growth controlling gene on which the test is based. C:T and T:T horses have an optimum racing distance of 7-12 furlongs and ten-plus furlongs respectively.

C:C type horses are seen as more commercial due to their perceived faster return on investment. However, in the UK C:C horses have an 80 per cent higher strike rate at two years old but in the long term their average earnings are surpassed by both C:T and T:Ts.

The Speed Gene test could also be starting to shape the evolution of the thoroughbred as it makes the breeding of a desired type of horse more reliable.

A small number of studs around the world are starting to advertise the Speed Gene test results of their stallions. These include Bearstone Stud in Shropshire, who stand exclusively C:C stallions including Fountain Of Youth.

Australian bloodstock has been more forward in publicly endorsing the Speed Gene Test. Widden Stud, one of the leading studs in New South Wales, advertises the test results for all its stallions including Golden Slipper winner Sebring, the sire of Australian horse of the year, Dissident.

Derek Field, general manager of Widden Stud, says: “The test is enabling us to breed sprinter-milers more consistently and eliminate the chance of breeding T:T horses. It also helps people to understand how siblings can differ so much, and how they can breed a stayer from a C:T horse such as champion [two-year-old colt] Sebring.”

A number of yearling vendors are also beginning to share Speed Gene test results for their yearlings. As a major buyer of yearlings Gai Waterhouse, who with co-trainer Adrian Bott was second in this year's buyers table at both the Inglis Easter and Magic Millions Gold Coast Yearling Sales, welcomes any extra information the test can provide but affirms physique will always take priority over any other factor when compiling her sales shortlist.

“I'm very much a believer in buying an athlete, not a pedigree page or genetic test result,” she says. “Both of these things can be used as tools but when it comes to the crunch, if I like the way a horse moves, its demeanour and its physical presence, I am going to be right there in the sale ring.

“I specifically ask the vendors not to tell me the breeding of a horse until I've made my notes on it because subconsciously it can sway you and stop you from buying a Pierro, a Vancouver, a Sebring or a Dance Hero. These are just four examples of champion two-year-olds of mine who broke the mould.

“They may never have been given the opportunity to reach those great heights as the breeding buffs would have said they wouldn’t reach their peak until they turn three.

“It's always good to have all of the information at hand, and genetic testing could be utilised to add an additional part of the puzzle, but in the end I very quickly draw my own conclusions within moments of inspecting a horse.”

He says: “The growing concern in the industry regarding the reduction of true staying horses has been well documented, and today’s genetic tools can now help to identify and monitor how this shift is progressing across the breed in different geographic regions.”

He agrees with Waterhouse that “the pattern of racing and incentive programmes determines the type of horses that breeders choose to produce, and owners wish to buy".

“Genetics is merely a very effective lever to get the type of horse you really want," he adds. "Plusvital is committed to working with racing and breeding authorities to this effect.”

So the Speed Gene test undoubtedly has a role to play in the future of breeding to ensure more of the types of horses that breeders desire are produced. However, it is the patterns of racing and demand from buyers that are the ultimate drivers behind any shift in the profile of the thoroughbred.

FIRST PUBLISHED 8:00PM, DEC 14 2016
The lack of stayers bred in Australia is a problem because many millions of dollars are being invested elsewhere