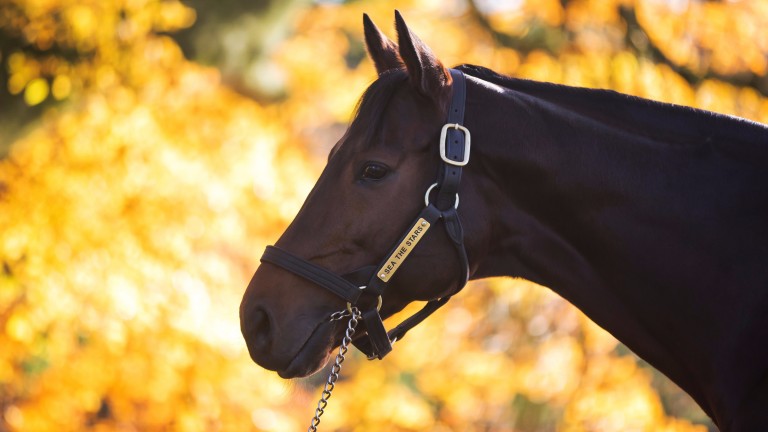 Cloth Of Stars became a sixth top-level winner for his sire Sea The Stars with a determined short-neck victory over the fast-finishing Zarak, a Dubawi colt out of unbeaten Arc heroine Zarkava, in the Prix Ganay at Saint-Cloud on Monday.

He continued a hot streak of form for his family in the process, as his 'cousin' Ulysses landed the Group 3 Gordon Richards Stakes at Sandown on Friday.

Cloth Of Stars was gaining a deserved first Group 1 victory, having finished second in the Criterium de Saint-Cloud at two and winning the Group 2 Prix Greffulhe and finishing third in the Grand Prix de Paris at three last year.

The colt, trained by Andre Fabre for Godolphin, is unbeaten this season having won the Group 3 Prix Exbury and Group 2 Prix d'Harcourt en route to the Prix Ganay.

The sire, who has supplied 34 stakes winners in total, was world champion in 2009 after landing six Group 1 races including the 2,000 Guineas, Derby and Prix de l'Arc de Triomphe.

The son of the recently deceased Cape Cross stands at Gilltown Stud at a fee of €125,000.

Cloth Of Stars was bred by Peter Anastasiou out of the Kingmambo mare Strawberry Fledge, a sister to Oaks heroine Light Shift sold as a broodmare prospect by her breeder the Niarchos family for 110,000gns at the Tattersalls December Mares Sale in 2009.

Light Shift, who also finished second in the Irish Oaks and third in the Nassau Stakes for Sir Henry Cecil, is the dam of Ulysses, who won the Gordon Richards Stakes to add to his victory in the Gordon Stakes last year.

Ulysses is by Sea The Stars' half-brother Galileo, so he and Cloth Of Stars have many ancestors in common.

Strawberry Fledge has produced one other winner from three runners – Warrior Of Light, who scored twice over 1m and 1m4f.

She also has a two-year-old filly by High Chaparral named Niku, a yearling filly by War Command, and was covered by Galileo last year.

John Ferguson bought Cloth Of Stars on behalf of Godolphin for 400,000gns at Book 1 of the Tattersalls October Yearling Sale in 2014.

FIRST PUBLISHED 5:55PM, MAY 1 2017
Cloth Of Stars was bred by Peter Anastasiou out of the Kingmambo mare Strawberry Fledge, a sister to Oaks heroine Light Shift