Fees also revealed for other stallions on the roster 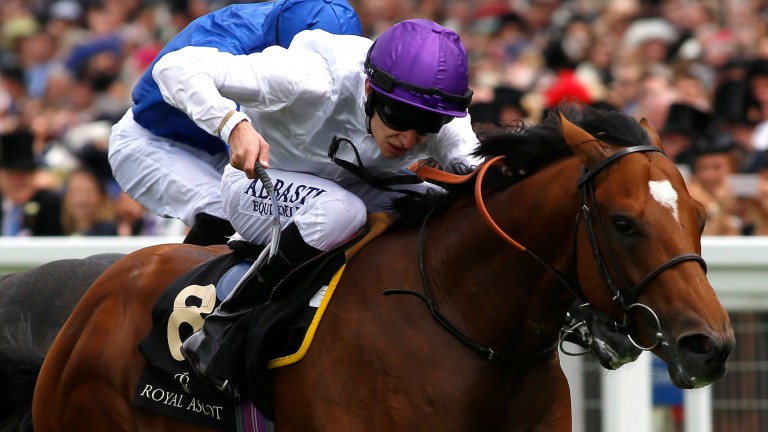 Prince Of Lir, the Norfolk Stakes-winning son of Kodiac, has been retired from racing and will take up stallion duties at Joe Foley's Ballyhane Stud in County Carlow for the 2017 covering season at a fee of €5,000.

Prince Of Lir, described by his trainer Robert Cowell as "a rocket with a lovely attitude", was joint sale-topper at the Goffs UK Breeze-Up Sale this year when he sold to Matt Coleman on behalf of The Cool Silk Partnership, which is run by Scunthorpe United chairman Peter Swann, for £170,000.

He went on to make a successful debut when landing a 5f Beverley conditions event by one and a quarter lengths from subsequent Group 1 Middle Park Stakes winner The Last Lion.

His finest hour followed soon after when he landed the Group 2 Norfolk Stakes at Royal Ascot on just his second start, running on strongly to claim victory by a comfortable half a length.

He was then sent off a short-priced favourite for the Prix Robert Papin but could finish only fifth on ground which seemed unsuitable.

Prince Of Lir rounded his racing career off by finishing a respectable seventh, beaten just three and a half lengths by Ardad, in the Group 2 Flying Childers Stakes at Doncaster.

Bred by Philip and Orla Hore, Prince Of Lir is the second foal out of the winning Whipper mare Esuvia, a half-sister to 5f Group 3 winner Resplendent Glory.

Ballyhane has also released the fees for its other stallions, with Battle Of Marengo being reduced from €6,000 to €4,000; Dandy Man, the sire of Group 1-winning sprinter Peniaphobia, has had his fee adjusted to €10,000 - up from €8,000; promising freshman sire Elzaam has had his fee increased to €6,000 - up from €3,500; and Red Jazz, whose first crop of yearlings have proved popular at this year's sales, remains unchanged at €4,000.

All Ballyhane stallions will be strictly limited to books of 125 mares for the 2017 season.