Prince Faisal sending the cream of his crop to Make Believe

Affectionately has been repatriated from the US for an early cover 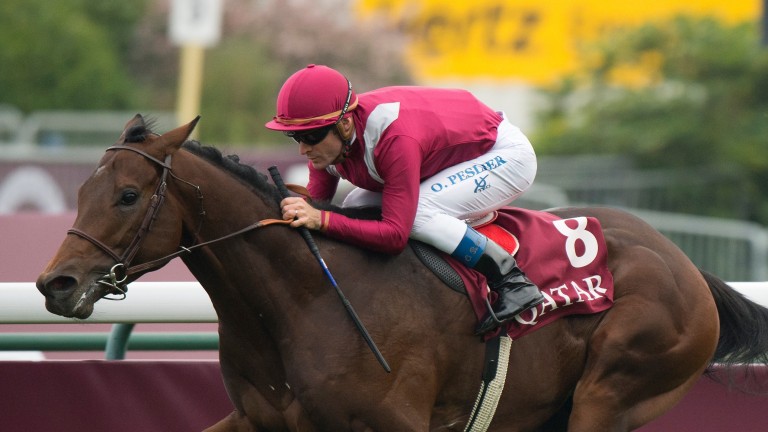 Prince Faisal is sending the cream of the broodmare band at his Nawara Stud to his dual Group 1 winner Make Believe this year.

Make Believe, a Makfi three-parts brother to dual Grade 1 heroine Dubawi Heights, was a three-length winner of the Poule d'Essai des Poulains and took the scalp of Limato when he won the Prix de la Foret.

He is standing his second season at Ballylinch Stud at a fee of €17,500 and his first foals are arriving this month.

Among the mares from Prince Faisal's small broodmare band being sent to Make Believe are Affectionately - the last foal of Prix de Diane winner Rafha, later a brilliant producer who produced seven black-type performers including leading sires Invincible Spirit and Kodiac. The daughter of Galileo has been repatriated from the US for an early cover.

Also crossing the Atlantic for a liaison with Make Believe is Spring In The Air, a seven-year-old daughter of Spring At Last who was a champion in Canada and won the Grade 1 Darley Alcibiades Stakes at Keeneland. The mare, a $1.65 million purchase at the Keeneland November Breeding-Stock Sale in 2015, is due to foal to War Front.