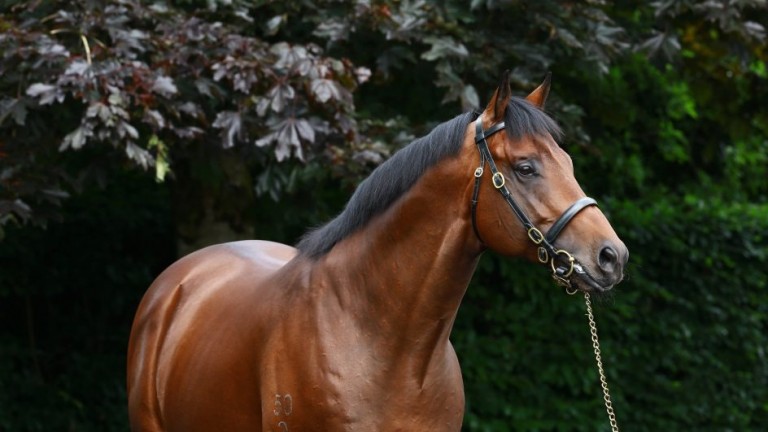 Pride Of Dubai: has already supplied a Listed winner in Australia
Coolmore
1 of 1
By Martin Stevens UPDATED 11:55PM, JUL 13 2020

Pride Of Dubai, a former shuttler to Coolmore in Ireland, was represented by his first northern-hemisphere winner when daughter Star Of Emaraaty scored at Ayr on Monday.

The Kevin Ryan-trained filly, a runner-up at Haydock on debut and down the field in the Queen Mary Stakes at Royal Ascot on her next start, won the EBF Stallions Fillies' Novice Auction Stakes over seven furlongs by a neck.

Star Of Emaraaty was bred by Karis Bloodstock and Rathbarry Stud and is the fourth foal and second winner out of La Grande Elisa, an Ad Valorem half-sister to champion Rip Van Winkle and to the dam of Middle Park Stakes runner-up Fleet Review.

She was bought by crack pinhooker Robson Aguiar for €3,500 at the Goffs Sportsman's Yearling Sale and resold privately to connections, who after her promising debut offered her for sale on Tattersalls Ascot's new online auction before the royal meeting, on which she was not sold at £115,000.

Pride Of Dubai, a son of Street Cry from the family of prolific sires Invincible Spirit and Kodiac, won the Blue Diamond and Inglis Sires in his native Australia.

He started his stallion career at Coolmore in Australia and has been represented by his first two-year-olds in the southern hemisphere in the 2019/20 season.

That Australasian crop has yielded 11 winners including Tanker, who took the Listed Debutant Stakes on his first run, and stakes performers Bella Nipotina and Dubai Star.

Pride Of Dubai stood at Coolmore's Irish base in 2017 and 2018, and has 121 two-year-olds in his first northern hemisphere crop.