Son of champion Irish juvenile Woodman was pensioned in 2012 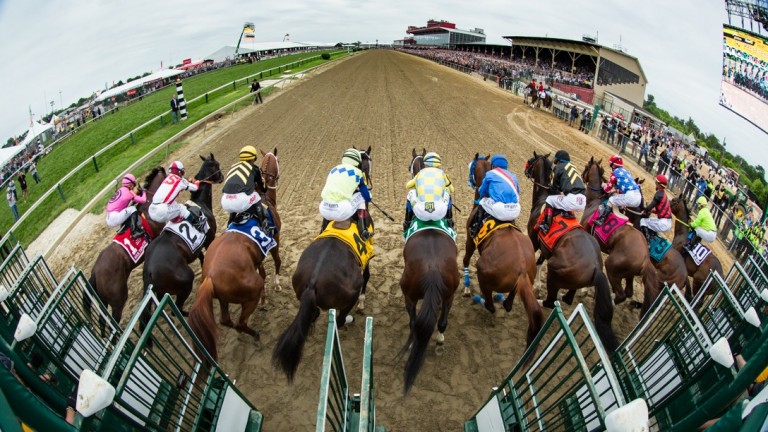 Hansel, the champion three-year-old colt in the US in 1991, has been euthanised due to the infirmities of old age at Lazy Lane Farm in Virginia aged 29, having been pensioned in 2012.

Bred by Marvin Little jnr, Hansel was the son of another champion - this time Woodman, a champion juvenile in Ireland - out of  Count On Bonnie. He was purchased for $150,000 by Joe Allbritton's Lazy Lane Farm at the 1989 September Yearling Sale at Keeneland.

Unlike his sire, Hansel showed his best at three, recording a fast time to win the Preakness Stakes, and following up in the Belmont Stakes when he beat the Kentucky Derby winner Strike The Gold - a race in which Hansel himself could only muster tenth.

Hansel was also placed in the Florida Derby, Haskell Invitational and Travers Stakes, before his retirement to stud. Hansel went between Gainsborough Farm in Kentucky, Questroyal Farm in New York and even Japan, before he came full circle and was retired from stud duty and brought back to Lazy Lane Farm.

Among his best progeny are 1997 Prix Marcel Boussac winner Loving Claim and talented jumps sire Fruits Of Love - responsible for Double W's, who won a Grade 3 handicap at the Aintree Grand National meeting this year.

"He was a very talented race horse, and a consummate gentleman on the farm. He gave so much to us, and to his fans. We will all miss him dearly," said Frank Shipp, general manager of Lazy Lane Farm.