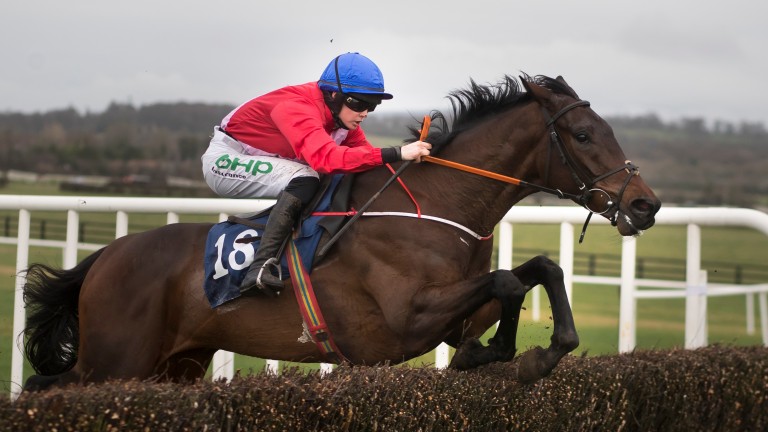 A Plus Tard and Rachael Blackmore sport the famous colours of Cheveley Park Stud
Patrick McCann
1 of 1
By James Thomas UPDATED 2:28AM, MAR 15 2019

Cheveley Park Stud's distinctive red, white and blue silks are a regular fixture on the biggest stages in Flat racing. Down the years the colours of owners David and Patricia Thompson have been carried to top-flight successes by talents such as Hooray, Medicean, Peeress, Persuasive, Pivotal, Russian Rhythm and Queen's Trust, to name but a few of their famous runners.

But the Thompsons will look to break new ground at Prestbury Park next week, with their string having expanded to include some eye-catching jumps runners.

Chief among those is Champion Bumper hope Envoi Allen, considered banker material by many after convincing wins in a Ballinaboola point-to-point and a trio of National Hunt flat races, including a Leopardstown Grade 2 on his most recent outing. Should the five-year-old oblige on Wednesday he will repay some of the £400,000 connections spent to secure the son of Muhtathir from Colin Bowe. 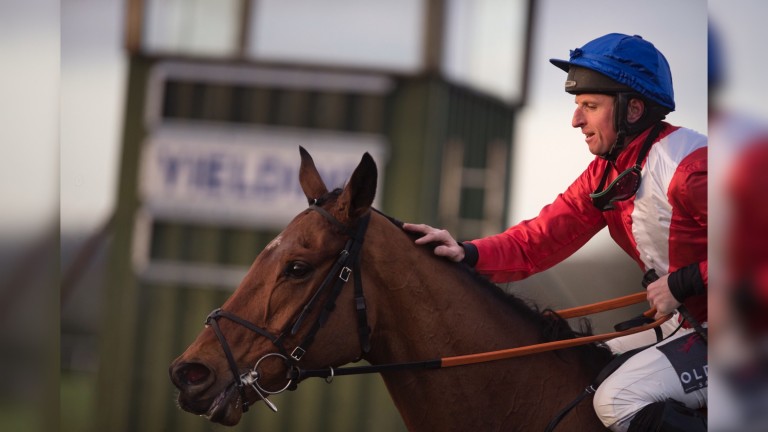 Envoi Allen: Cheveley Park Stud own the Champion Bumper favourite
Patrick McCann
Earlier on Wednesday the owners could be doubly represented in the Boodles Juvenile Handicap Hurdle, with Lethal Steps, a 300,000gns son of Cheveley Park Stud sire Lethal Force, appearing to be better fancied than Chief Justice, despite the son of Acclamation having finished within relatively close proximity of Triumph Hurdle hotpot Sir Erec on his latest start.

Cheveley Park Stud also hold a live chance on the opening day, as A Plus Tard is single-figure odds for the Close Brothers Novices' Handicap Chase after victory at Naas and a good second in a Punchestown Grade 3.

Completing their select squad is comfortable Grade 3 hurdle winner Allaho, who could go for Friday's Albert Bartlett Novices' Hurdle, and Western Honour, who would be competitively weighted if he can sneak in to the Martin Pipe Conditional Jockeys' Handicap Hurdle, a race his trainer Gordon Elliott has won the last two runnings of.

More from this series: