Power turned up after successful spell at Oaklands Stud in Australia 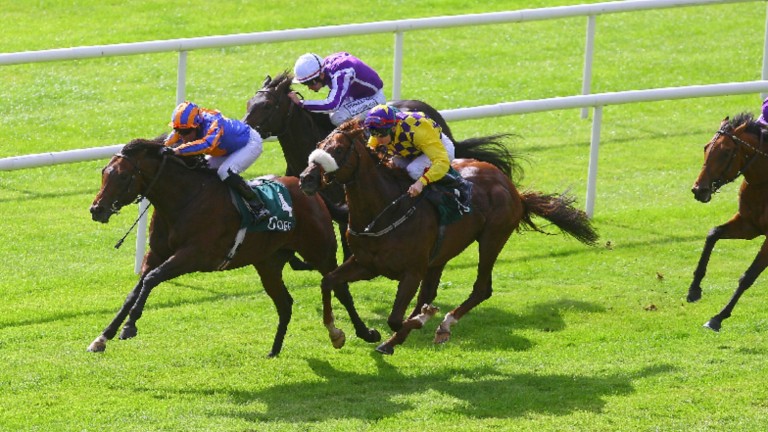 Power won two Group 1s for Aidan O'Brien, the National Stakes and Irish Guineas
Patrick McCann/Racing Post
1 of 1
By Tom Peacock 11:48AM, MAY 5 2021

Former Coolmore stallion Power has earned a small fee upgrade at Oaklands Stud in Queensland after continuing to impress with his young southern hemisphere progeny.

The Coventry, National Stakes and Irish Guineas winner has been based in Australia permanently since 2018 but was also a regular shuttler, with his most recent season producing eight stakes winners and plenty of interest in his yearlings.

Alistair Stewart, the stud's co-principal, said: "We have been thrilled with how successful the progeny of Power has performed on the track this season, as well as in the sales ring. His continued popularity shows that breeders are also believing in what Power is continuing to produce in both arenas.

"With the support that Exosphere has already received, we believe he will make an immediate impact in the state and are excited by his future. However, we remain aware that these are challenging times for everyone. As such, we have priced our stallions with the view to offering value to breeders, many of whom are returning clients.

"We are also very conscious to leave good margin for breeders, and we want to see them do well selling and racing Oaklands-bred progeny. That equates to return business over the long term."

FIRST PUBLISHED 11:48AM, MAY 5 2021
His continued popularity shows that breeders are also believing in what Power is continuing to produce in both arenas

Finding Ascot hero Rohaan just one tool of the trade for Martin Wanless 'This sale is just the consequence of a long and gradual walk away' Tech entrepreneur Graham Smith-Bernal reveals purchase of Newsells Park Stud Bargain buys and a £4,000 sire in elite company among Royal Ascot talking points Joan Of Arc provides yet more Classic glory for the incredible You'resothrilling Prompt start for Postponed with first winner at Pontefract