Taylor Made Sales offered the mare on behalf of Rick Porter 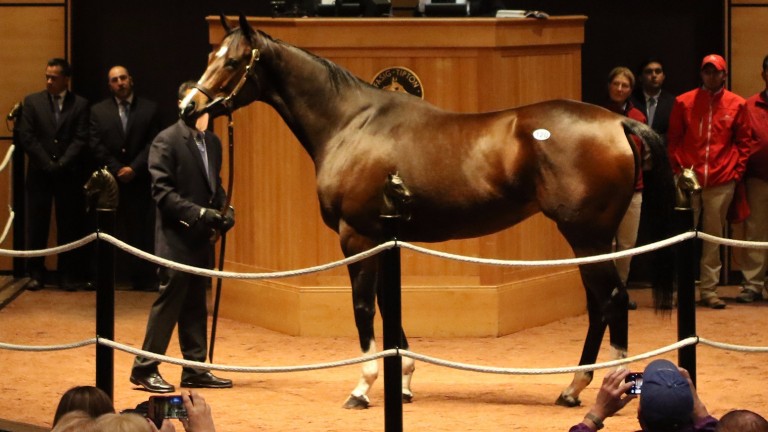 Songbird: brought the house down at Fasig-Tipton when selling for $9.5 million
Fasig-Tipton Photo
1 of 1
By Michele MacDonald UPDATED 5:04PM, NOV 7 2017

In a man's world dominated by the wealthiest and most accomplished breeders, Mandy Pope is boldly unafraid to reach out and take whatever horses she wants from the auction ring.

Saying that breeding elite horses takes a high degree of "just being ornery," Pope blew past a budget she had set with her accountant and spent $9.5 million for two-time champion Songbird at the Fasig-Tipton sale on Monday.

Her spree marked the second time in five years that her desire for bloodstock diamonds brought her into a high-altitude orbit with owner Rick Porter. In 2012, she paid $10m for Horse of the Year Havre De Grace; both Songbird and Havre De Grace were raced by Porter.

"I'm very happy with that," said a smiling Porter after the sale of Songbird, revealing that his reserve price was less than $5m, just as it had been for Havre De Grace. "I wanted [Songbird] to stay in America, and I know Mandy will take good care of her."

For her part, Pope insisted that "I was not going to do it" when faced with the prospect that Songbird would cost in the same range as did Havre De Grace. She hesitated when the bidding stopped at $9.2m but then took the plunge to make one more bid, which turned out to be the final one.

When asked why she kept going, Pope paused for several moments before offering a simple answer.

"Because she's awesome," Pope said of Songbird, a stunning bay four-year-old by Medaglia D'Oro who is marked with four socks and white splashed her face. 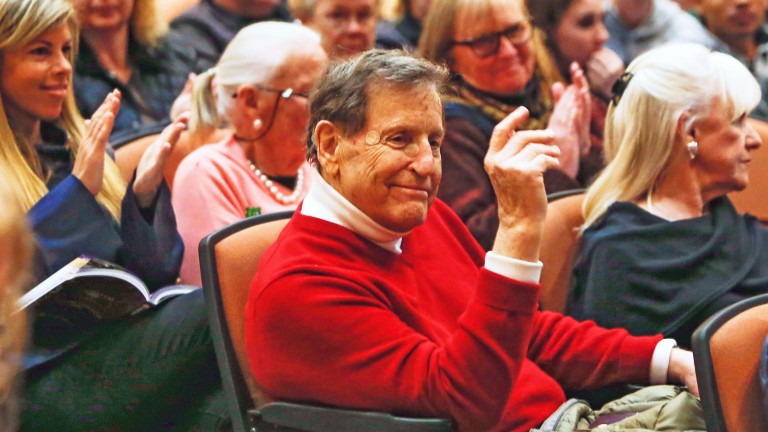 With the purchase, Pope increased her Whisper Hill Farm spending on elite bloodstock at Kentucky's November sales over the past five years to an eye-popping $51.1m on 17 horses, acquisitions that also have included champion Groupie Doll and Kentucky Oaks winner Plum Pretty. She said she could decide to breed Songbird to Galileo or Frankel, but will consider possible matings further before making a decision.

The word "blessings" was repeatedly used by Pope and representatives from consignor Taylor Made Sales Agency in regard to the sale of Songbird, who became one of the most expensive fillies or mares ever sold in North America. Better Than Honour, dam of Kentucky Oaks winner Rags To Riches and Belmont Stakes winner Jazil, sold for a world record $14m at this venue in 2008, although that transaction represented one owner buying out another.

During the previous year, Playful Act commanded a then-world record price of $10.5m at Keeneland's September sale. In 2005, champion Ashado drew a record bid of $9m at Keeneland.

The concept of blessings is particularly relevant to Porter, who has battled back against a life-threatening cancer and now is in remission.

"We're just thankful that Rick can be here," said Taylor Made's Mark Taylor, a close friend of the owner.

Wearing a red sweater, Porter sat only a few rows away from Pope in the overflowing sales pavilion when Songbird was led in, described by Fasig-Tipton commentator Terence Collier as "the gold standard for thoroughbreds". After all the bidding action by what Taylor speculated was by more than a dozen potential buyers, Porter gave a slight wave as onlookers clapped.

Pope indicated that she had previously suggested to Porter that they might start a partnership but that he "just grumbled."

Having to stand up to men in the breeding business is part of the challenge she has faced, Pope said, adding that "I never dreamed I'd be doing this." Ironically, her family business, Variety Wholesalers, is a massive retail chain that caters to budget shoppers in the southeastern area of the United States.

"I'm very lucky in so many ways that are hard to put into words. It's by the good grace of my family and God and everybody that has worked hard that I am here," Pope said, crediting her bloodstock advisers in Kentucky and Florida for their work with her thoroughbred business.

"I'm just very blessed. I will never forget that - it is the most important thing. I'm very humbled by all of this. I never expected to be doing this, I never dreamed I'd be doing any of this. I'm just very thankful to God and my family for everything."

FIRST PUBLISHED 1:58PM, NOV 7 2017
I never expected to be doing this, I never dreamed I'd be doing any of this