Poet's Word announced at €5,000 as he begins stallion duties at Boardsmill Stud

Fees remain steady for remainder of the roster 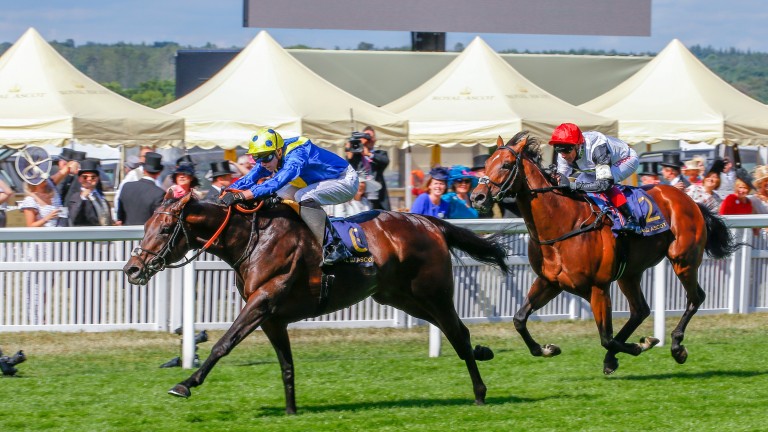 Poet's Word will stand for €5,000 at Boardsmill Stud in 2020, with last year's King George and Prince of Wales's Stakes winner now serving as a dual-purpose stallion.

The Flood family secured the son of Poet's Voice for their County Meath business back in the summer, after he had fulfilled one season as a Flat sire at Nunnery Stud.

Taking the scalp of Cracksman at the royal meeting and that pulsating defeat of Sir Michael Stoute-trained stablemate Crystal Ocean back at Ascot in midsummer helped Poet's Word to place seventh in last year's Longines World's Best Racehorse Rankings.

He finished his racing career with a solid second behind the ill-fated Roaring Lion in the Juddmonte International.

The news of his fee was announced on Boardsmill's new and updated website, with John Flood adding: "Poet's Word has been really well received by all breeders who have viewed him to date and he has some high-class performers and producers booked into him by breeders from both sides of the Irish Sea." 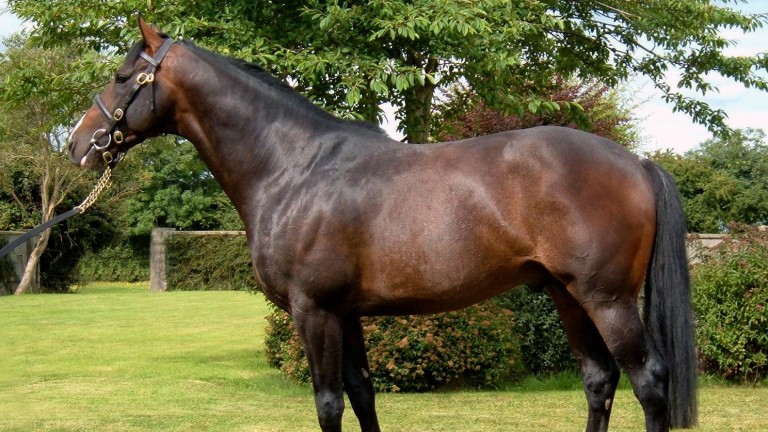 Court Cave (pictured) was the sire of Ballymore winner City Island
Boardsmill Stud
"Califet enjoyed the biggest success of his stallion career in May with the victory of Carriacou in the Grand Steeple-Chase de Paris at Auteuil," he said.

"It looks as if he has unearthed another star chaser in Cilaos Emery, who is unbeaten in three chase starts following his recent victory in the Grade 2 Hilly Way Chase at Cork and is now rated 165 over fences. Califet’s first Irish-bred crop of four-year-olds are impressing and his most recent winner was novice hurdle victor Pull Green, trained by Donald McCain."

He continued: "For the third consecutive year Court Cave sired a Cheltenham Festival winner, this time Grade 1 winner City Island. He continues to churn out winners on the track and between the flags.

"Kalanisi is still in great order and turns 24 in January. He continues to produce high-class performers and added a further Grade 1 winner to his CV in April with Kalashnikov in the Maghull Novices' Chase at Aintree.

"Another new Grade 1 performer emerged this month in rapid improver Darver Star, who chased home Envoi Allen and Abacadabras in the Royal Bond, while The Conditional looks a young chaser with a bright future after finishing a gallant runner-up in the Ladbrokes Trophy at Newbury in November."

FIRST PUBLISHED 2:54PM, DEC 23 2019
Poet's Word has been really well received by all breeders who have viewed him to date