The scheme has paid out £10 million to date 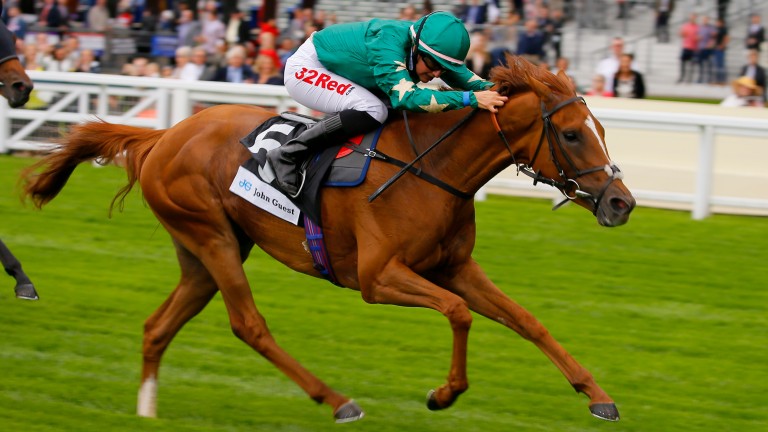 The Plus 10 bonus scheme on Friday celebrated paying out £10 million worth of bonus prize-money after the Hugo Palmer-trained Jousi won the opening race at Ascot.

Jousi is by Dubawi, who has sired the most Plus 10 winners to date, and scored on her second attempt. Owned and bred by Saleh Al Homaizi and Imad Al Sagar, the filly stayed on strongly under jockey Josephine Gordon to win the 7f contest.

Through Plus 10, about 600 bonuses are applied to two-year-old and three-year-old races in Britain and Ireland each year.

The first Plus 10 bonus was awarded in March 2015 when Ravenhoe won the Brocklesby at Doncaster for trainer Mark Johnston, one of the scheme's most successful trainers, who commented: "The Plus 10 bonus scheme has proven to be extremely popular with my owners who enjoy the opportunity to win additional prize-money.

"I was delighted when Ravenhoe won the first Plus 10 bonus and have continued to support the scheme, in the sales ring and at the races, since then."

More than 520 breeders and almost 500 owners have shared in the £10m bonus prize pool, as well as trainers, jockeys and stable staff.

When the scheme first launched it was billed as a £5.5m scheme set to offer bonuses across 550 races annually. As the scheme has established itself and support for it has grown, the race programme has expanded and currently about £6m is on offer each year across some 600 races. 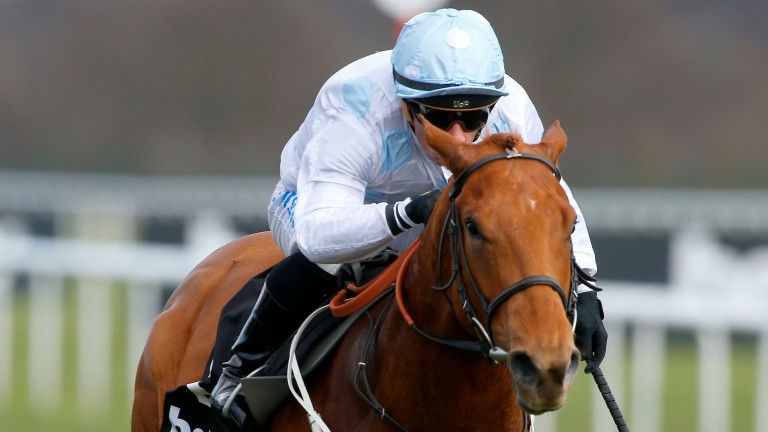 Ravenhoe: was awarded the very first Plus 10 bonus for winning the Brocklesby at Doncaster in March 2015
Dan Abraham

From 2018, the scheme will grow again with a funding boost of £300,000 recently announced in order to support stayers and align the scheme with a broader industry objective to encourage the breeding and racing of stayers.

The additional funds, made possible by Levy revenue, will be used to apply £10,000 bonuses to all Class 5 maiden races over 1 mile 3 furlongs. This change will see the scheme expand to include almost 30 additional races annually and enhance opportunities for colts in the scheme. In 2018, the total value of the scheme to the industry will be £6.3m.

Plus 10 committee chairman Julian Richmond-Watson said: "Reaching £10 million worth of payouts is a significant milestone for the Plus 10 bonus scheme and to have reached this sizeable sum in just two and a half years showcases the scheme's popularity with owners and breeders."

"We are delighted that Plus 10 has been earmarked for a funding boost to support stayers and believe the scheme is an ideal vehicle for such an initiative.

"I congratulate all owners and breeders who have received a share of the £10 million prize pool and urge breeders to register their foals ahead of the upcoming deadline of August 31 to ensure even more people in the industry can benefit from the scheme."

To be eligible for Plus 10, horses must be the progeny of either a British or Irish-based stallion or mare and take part in a three-stage registration process, with payments required during a horse's foal, yearling and two-year-old season.

Racing Post lists Plus 10 races each day in Bloodstock World.

FIRST PUBLISHED 11:36PM, JUL 28 2017
We are delighted that Plus 10 has been earmarked for a funding boost to support stayers

More racing should be considered if it leads to more prize-money, says TBA chief