Plum dispersals on offer by Osborne at Ascot March Sale 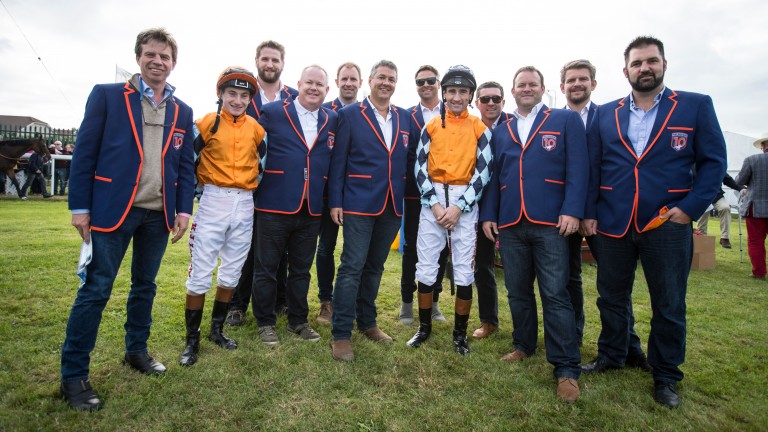 Jamie Osborne heads to the Tattersalls Ireland Ascot March Sale on Wednesday with two plum dispersal drafts from owner Michael Buckley and Melbourne 10 Racing for prospective buyers to get their hands on.

A total of 18 lots will be offered by the Lambourn trainer including five of Buckley's unraced prospects. The number features the Declaration Of War gelding Put The Law On You (Lot 74) who is out of the Group 2-placed Sadler's Wells mare Spirit Of Tara and features stakes performers Echo Of Light, Akarem, Tocco D'Amore, Flame Of Tara and a host of others.

Another of Buckley's well-bred horses up for grabs is You're No Better (75), a High Chaparral half-brother to Racing Post Trophy winner Crowded House, and Got Trumped (76), by Toast Of New York's sire Thewayyouare and a half-brother to Group 3 performer Cappella Sansevero.

Of the Buckley horses, Osborne said: "Michael is keen to reduce his string at the moment and these five horses are all well-bred and somebody is going to end up with a serious bargain."

Melbourne 10 Racing's colours will be familiar to many racegoers and were most recently seen carried to victory earlier this month when Kion won a novice stakes event at Chelmsford.

There are 13 of their horses to be offered on Wednesday including the winners Boomerang Betty (34), Drumochter (35), Wapping (37), Alifax (38), Strategic Heights (100), Start Seven (101) and the multiple Group 2-placed performer Palawan.

Osborne added: "Melbourne 10 is here to stay but the horse cast list will be seeing some change and I think we're going to have to get used to seeing annual dispersals of their stock."

The dispersals handled by Osborne are part of a 180-strong catalogue that includes horses in training, point-to-pointers, breeding stock, two-year-olds and yearlings that gets underway at the Ascot sales complex at 10.30am.

FIRST PUBLISHED 6:21PM, MAR 27 2018
Melbourne 10 is here to stay but the horse cast list will be seeing some change