Juddmonte, Calumet Farm and Runnymede Farm have sent mares to the Ashford resident 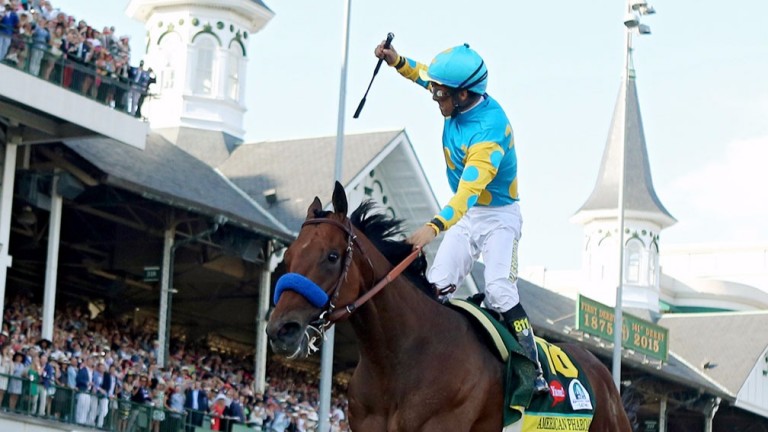 American Pharoah: standing his first-season at Ashford Stud in Kentucky
1 of 1
By Michele MacDonald 8:00PM, DEC 13 2016

According to the most up to date information available from The Jockey Club, other major breeders who race or buy in Europe and who patronised American Pharoah include:

Juddmonte Farms, which sent Soothing Touch, the dam of Grade 1 winner Emollient, and South Bank, a French-raced daughter of Tapit out of European champion Special Duty

Calumet Farm, which sent four mares, including Tapit’s sister Tap of the Day

Runnymede Farm and associates, which bred both Sacre Coeur, dam of multiple Grade 1 winner Lady Eli, and Breeders’ Cup Juvenile Fillies runner-up Beautician to American Pharoah and which purchased Margate Gardens, a half-sister to three stakes winners in foal to the champion, at the Keeneland November sale

Friarstown Bloodstock, owned by Bahraini businessman Khalid Abdul Rahim, which bred a pair of mares including Song, the sister to Irish 1,000 Guineas winner Yesterday who was a €1m acquisition from the Paulyn dispersal at Goffs in 2013