Half-siblings to Alcohol Free and Ambition are offered 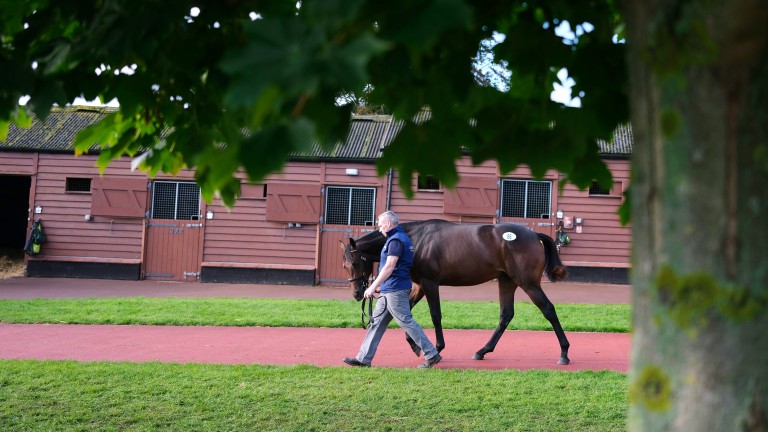 Tattersalls: kicks off with the December Yearling Sale
Alan Crowhurst
1 of 1
By Kitty Trice UPDATED 10:08AM, NOV 23 2020

A session of yearlings brings the curtain up on this year's Tattersalls December Sale, and there are plenty of notable lots on offer at Park Paddocks on Monday.

There were 173 yearlings catalogued before withdrawals, with this being the final chance to buy a yearling at public auction in Britain in 2020.

Notable among the select offering is a Starspangledbanner half-sister to this year's Cheveley Park Stakes heroine Alcohol Free (lot 119).

The Knockatrina House-consigned filly's page was given a big boost following her older sibling's Group 1 exploits and, on paper at least, she looks set to be equally precocious.

With Alcohol Free's connections dreaming of Classic glory in 2021, this filly's value could conceivably soar before she has even hit the track.

Another blue-blooded offering set to come under the hammer is Ashbrittle Stud's Sea The Stars half-brother to Group 2 Prix Corrida winner Ambition (160).

Out of Oaks heroine Talent, the colt appears to have a ready-made pedigree for Epsom given his parents' prowess. 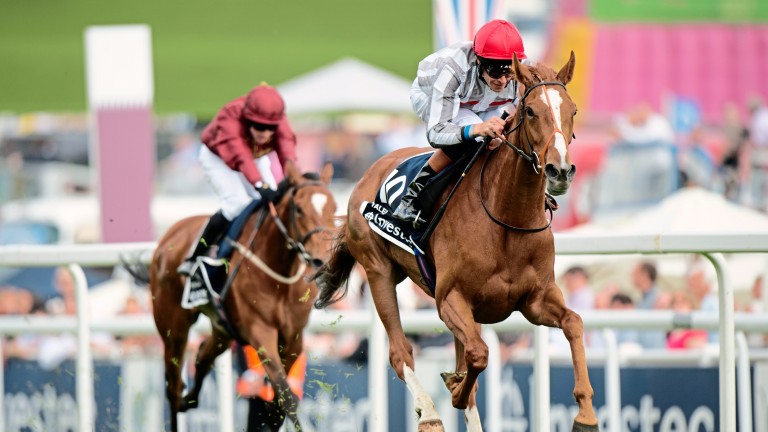 Talent: winner of the Oaks and dam of Group 2 winner Ambition
Edward Whitaker

Bated Breath has enjoyed another good year on the track and his National Stud-consigned colt (51) is out of a full-sister to July Cup winner Frizzante. The Banstead Manor Stud resident is due to be represented by four lots at the auction.

It was also a breakthrough year for Australia, with Galileo Chrome and Order Of Australia providing the Coolmore sire with top-level successes. Among his three yearlings on sale here is Norris Bloodstock's colt (143) out of an unraced half-sister to Melbourne Cup hero Rekindling.

Other eyecatching lots include Trinity Park Stud's Pivotal half-brother to Greenlands Stakes scorer Mobsta (157), a Lope De Vega colt from the family of Prix Royal-Oak heroine Allegretto (9) and consigned by The Castlebridge Consignment, plus Round Hill Stud's Belardo filly, from the family of this year's Commonwealth Cup hero Golden Horde (149).

Tattersalls chairman Edmond Mahony said: "The Tattersalls December Yearling Sale is a consistent source of top-class performers, with a well established reputation for combining quality and value for money.

"The catalogue for the 2020 renewal has consignments from many of Britain and Ireland’s most successful nurseries, and, as well as plenty of outstanding pedigrees, buyers will find a large number of yearlings eligible for valuable £20,000 Tattersalls October Book 1 bonuses and the ever-popular £150,000 Tattersalls October Auction Stakes, as well as the well-received Great British Bonuses."

Access to the sale is restricted to professionals, with the auction beginning at 11am. The four-day foal sale starts at 10am on Wednesday.

When Monday at 11am

FIRST PUBLISHED 11:28AM, NOV 22 2020
The Knockatrina House-consigned filly's page was given a notable boost following her older sibling's Group 1 exploits