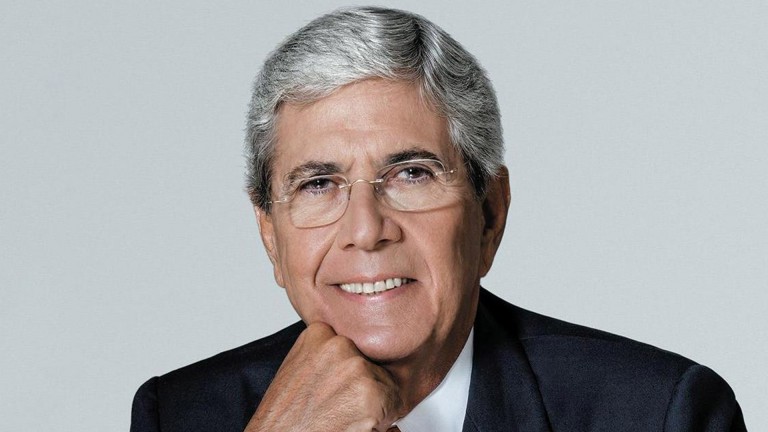 Leopoldo Fernández Pujals is intent on making a success of his ambitious breeding and racing plans
1 of 1
By Michele MacDonald 4:17PM, NOV 8 2019

With aims of eventually creating a 100-member broodmare band and raiding the largest prizes in European racing, 72-year-old Spanish-based entrepreneur Leopoldo Fernández Pujals took his first big strides by purchasing 16 mares for $3.3 million in the opening sessions of the Keeneland November sale.

Buying under the name Yeguada Centurion, which also is the banner for his Andalusian horse breeding enterprise located near Segovia, Fernández Pujals made an emphatic declaration about just how serious he is.

“I decided that, until the day I die, I’m going to build a new business, the thoroughbred horse business,” said the renowned developer of Spanish pizza and telecommunications companies.

“I know it’s going to take about 20 years, I am aware of that,” Fernández Pujals added, his eyes twinkling with amusement as he sat with advisers in Keeneland’s café and watched mares being led through the sale ring on nearby video monitors. “I’m a patient fellow.”

Yet, judging by the title of his inspirational book published three years ago - Shoot for the Stars and You Will Land on the Moon: Turn Your Dreams into Reality - he is also determined to accept nothing less than success.

Fernández Pujals is starting with an array of purchases that would be the envy of breeders worldwide. His Keeneland broodmare acquisitions include graded/group stakes winners and feature premier covering sires such as American Pharoah, Into Mischief, Kitten’s Joy, Uncle Mo, Candy Ride, Arrogate, California Chrome and Good Magic.

Looking at the arc of his life so far, no-one would bet against Fernández Pujals, who was forced to flee his native Cuba with his family when just a teenager after Fidel Castro seized power.

Educated in the United States, he joined the Marine Corps and fought in Vietnam before becoming a sales manager and later an executive, working with major corporations Procter & Gamble and Johnson & Johnson.

He followed his dream to create his own business after being transferred by Johnson & Johnson to Spain, and he opened a pizza restaurant at which he kneaded a special dough from recipes he tested with neighbourhood children.

Focusing on quick home delivery, Fernández Pujals grew the company TelePizza into Spain’s largest such enterprise before selling it and retiring aged 50.

He later invested in a struggling telecommunications company and performed the same kind of magic, and France’s Orange SA bought out that business, Jazztel PLC, for a reported $4.4 billion in 2014, with Fernández Pujals reaping a $640m payday, according to Bloomberg News. In his words, he retired again at the age 67.

As his fortunes were rising, Fernández Pujals turned his attention to breeding outstanding Andalusian horses “to try to give back to Spain part of what Spain gave to me” through his business success.

“I decided to try to improve the Spanish horse,” he explained. “I had as many as 1,200 horses in Spain with over 300 broodmares. Now I’ve brought it down to 50, because after 25 years I don’t need to have that many to produce good quality. I got quality out of the quantity I initially had.”

Yeguada Centurion focuses on training its Andalusians for competition in dressage, and Fernández Pujals said his primary goal is to develop horses for the Spanish Olympic team.

With his relatively new interest in thoroughbreds, Fernández Pujals decided to “bring to Europe the blood from America to cross it with European horses.”

The Keeneland November sale offered both a wide selection of horses as the world’s largest bloodstock marketplace and a concentration of quality pedigrees with international appeal, he said.

Yeguada Centurion quickly became a name that everyone in the Keeneland sale pavilion recognised, even if they did not know anything about it or Fernández Pujals. The operation was the leading buyer in the second session, and after the first two sessions ranked first by number of horses purchased and fourth overall by money spent, ahead of such notables as China Horse Club, Stonestreet Stables and Don Alberto Corp. 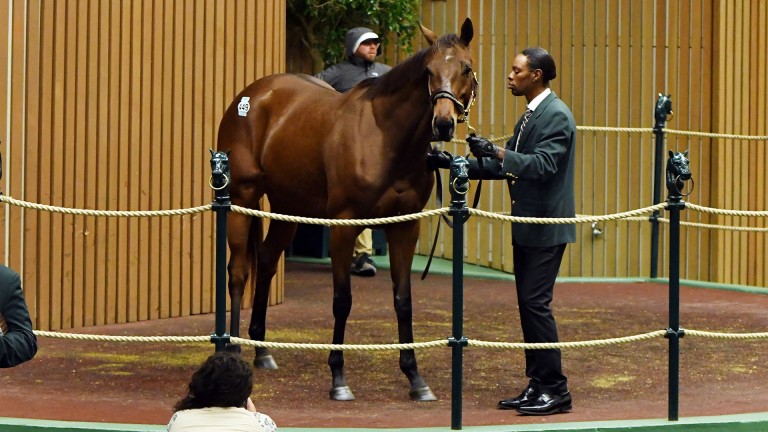 Tesora, at $330,000, was the most expensive of Yequanda Centurion's many purchases
Keeneland photo

Leading the Yeguada Centurion purchases at a price of $330,000 was Tesora, a four-year-old stakes-winning daughter of Scat Daddy out of a half-sister to Grade 1 winner Romance Is Diane. Tesora is in foal to first-year covering sire City Of Light, winner of the Pegasus World Cup in January and the 2018 Breeders’ Cup Dirt Mile.

Other key acquisitions by Yeguada Centurion include Queen Of The Sand, an Irish-bred, Grade 1-placed earner of more than $500,000 by Footstepsinthesand and in foal to Candy Ride for $300,000, and Raven’s Lady, a British-bred Group 2 winner by Raven’s Pass out of a half-sister to Group 1 winner Best Of The Bests who is a broodmare prospect purchased for $300,000.

Also acquired were Instant Reflex, a Grade 3-placed daughter of Quality Road sold in foal to Arrogate for $300,000, and Urban Ball, a Galileo three-quarter sister to Grade 1 winner and sire Perfect Soul purchased for $275,000 in foal to Speightstown. Urban Ball has produced two winners from two starters, including French Group 2-placed Merimbula.

Foot in water at Arqana

The purchases are not the first thoroughbreds for Fernández Pujals, who acquired the now juvenile Siyouni filly La Venus Espagnola for €80,000 at the 2018 Arqana October yearling sale under the name Outsider Bloodstock. Now in training with Carlos Laffon-Parias, the filly has placed twice in three starts.

Looking to the future, Fernández Pujals said he envisages starting young racing stock with Spanish trainer Alvaro Soto. If the horses seem capable, he said he would then send them to race in France.

In the meantime, Yeguada Centurion will likely buy more mares at European bloodstock sales this autumn, Fernández Pujals said, following up on the yearling fillies by Frankel and Teofilo purchased at the Arqana Deauville yearling sale in August for €210,000 and €220,000 respectively.

Before pausing to think about a future involving racing homebreds, as well as selling yearlings commercially, Fernández Pujals said: “Eventually I want to have 100 broodmares. Now I’m building up to 45. I’m going to stay there for a while and once I have improved my 45 with new blood, I’ll start growing again. With 100 I think we will be competitive."

Above all, he wants to be competitive with the best in the business.

“I don’t know how to be otherwise,” he declared.

Read Michele MacDonald's other stories from this week here...

Kent auctioneer hangs up his gavel

FIRST PUBLISHED 4:17PM, NOV 8 2019
I decided that, until the day I die, I'm going to build a new business, the thoroughbred horse business