Pivotal's influence felt across the generations and around the world 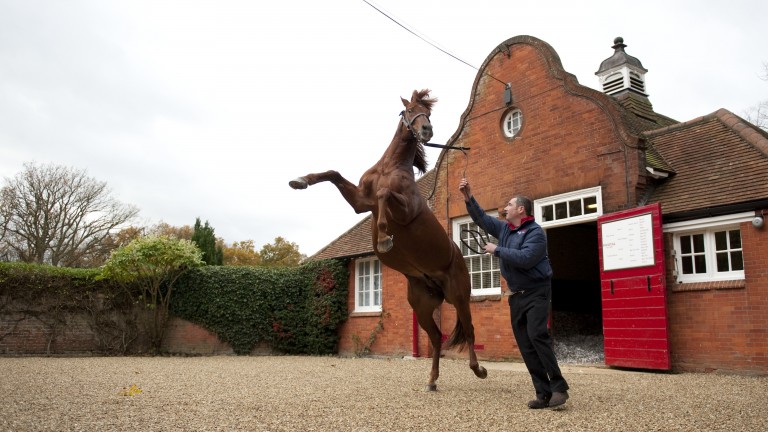 While Enable will rightly claim the headlines after a second stunning success in the Prix de l'Arc de Triomphe on Sunday, there can be little doubt that by far the biggest impact of the weekend was made by Cheveley Park Stud stalwart Pivotal.

The 25-year-old's influence was felt across the length and breadth of the racing world this weekend, with his talents best advertised by back-to-back Group 1 winners as damsire at Longchamp on Sunday.

The first leg of the brace was brought up by Mabs Cross, who gained due compensation for an agonising near miss in the Nunthorpe Stakes by prevailing in a busy finish to the Group 1 Prix de l'Abbaye de Longchamp.

The four-year-old filly is by another Cheveley Park resident in Dutch Art - who has supplied two previous Group 1 winners, namely Garswood and Slade Power - and is the sixth foal out of Pivotal's daughter Miss Meggy. 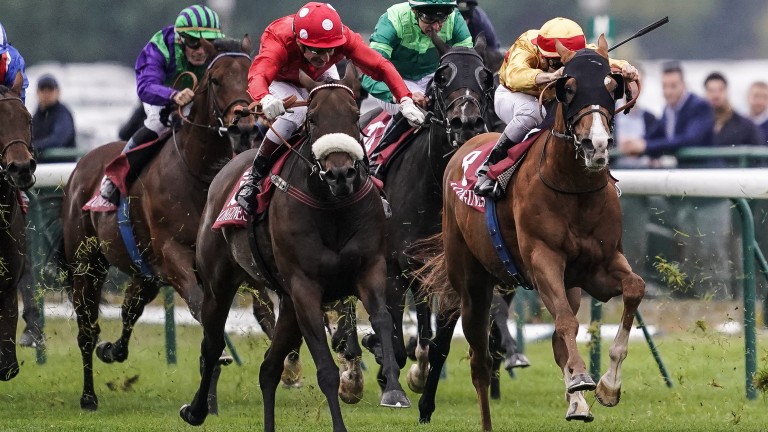 The Prix de l'Abbaye was followed by the Qatar Prix de la Foret, which went the way of One Master, a daughter of the Pivotal mare Enticing and Coolmore's flagship shuttle sire Fastnet Rock, now the source of 36 elite winners.

One Master was bred by Lael Stable out of dual Group 3-winning sprinter Enticing, a daughter of William Haggas's high-class juvenile talent Superstar Leo, who was sourced by the trainer's wife Maureen for a mere 3,400gns at Tattersalls back in 1999.

These results have helped consolidate Pivotal's lead at the head of the European broodmare sires' table, having gone into Sunday already more than £500,000 clear of his nearest rival, Galileo.

Barely a week has gone by in the 2018 season without Pivotal's talents as a broodmare sire being advertised in major races. 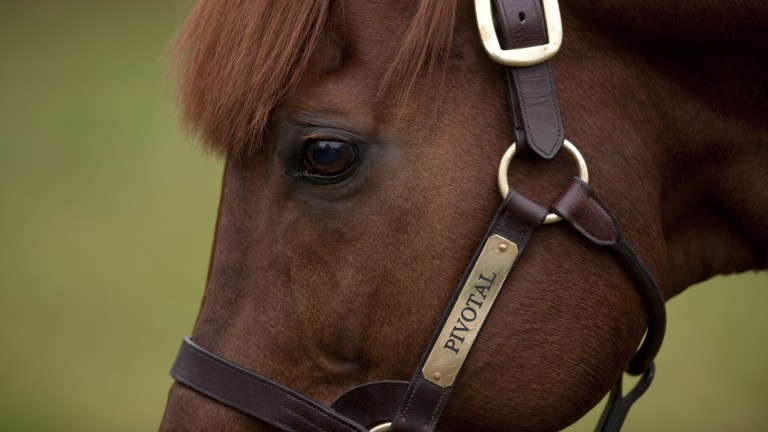 One of Pivotal's male descendants also hit the headlines over the weekend, with Siyouni's leading performer Laurens landing her fifth Group 1 victory with another polished performance in the Kingdom Of Bahrain Sun Chariot Stakes at Newmarket.

Siyouni, from Pivotal's tenth crop, is the most expensive stallion standing in France at €75,000 - a fee that could well climb higher still next year. The Haras de Bonneval resident currently sits in eighth in the European sires' table by progeny prize-money earnings.

Laurens claims the Kingdom Of Bahrain Sun Chariot Stakes at Newmarket
Martin Lynch
Moreover, it is not only through his sons and daughters at stud that Pivotal exerted his influence over results this weekend, as his own progeny in training also enjoyed a red letter couple of days.

The progressive four-year-old colt Laraaib kicked things off with victory in the Group 3 Cumberland Lodge Stakes at Ascot, a result that was swiftly followed by Alignement, who produced a career-best performance at the age of five to land the Group 2 Qatar Prix Dollar over at Longchamp.

Pivotal's success was not limited to Europe, either, as the James Cummings-trained Avilius landed The Bart Cummings Grade 3 Handicap, a race named in honour of the trainer's grandfather, to get Pivotal on the scoreboard at Flemington.

Four lots by Pivotal are due to come under the hammer during Book 1 of the Tattersalls October Yearling Sale this week, including fillies from Houghton Bloodstock (lot 86) and Highclere Stud (188).

For those keen to invest in the progeny of Pivotal's daughters, there are 11 lots entered at Book 1 who boast the son of Polar Falcon as damsire, including Fairyland's Muhaarar half-sister (58) and a Dark Angel half-brother to recent Listed-winning juvenile Poetry (148).

It is rare for an active stallion to be making such an imprint across the bloodstock landscape, albeit Pivotal has 19 crops of racing age behind him having retired to Cheveley Park Stud in 1997 at a fee of just £6,000.

FIRST PUBLISHED 7:57PM, OCT 7 2018
It is rare for an active stallion to be making such an imprint across the bloodstock landscape