At The Sales BEHIND THE BREEZE-UPS 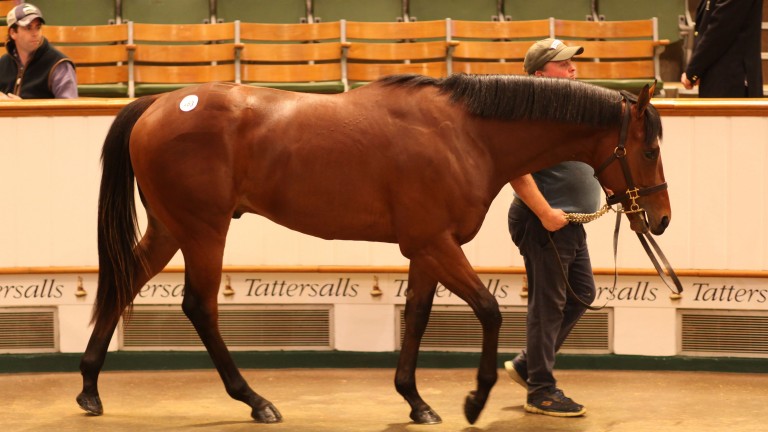 The Scat Daddy colt out of Madera Dancer topped the Tattersalls Craven Breeze-Up Sale when selling to Stephen Hillen for 900,000gns
Laura Green/Tattersalls
1 of 1
By James Thomas 4:39PM, MAY 17 2018

Barely a big meeting goes by when there is not a telling reminder of how gargantuan a loss the breeding industry suffered when Scat Daddy died aged just 11. The son of Johannesburg was only months away from beginning covering at a fee of $100,000, having risen from $10,000 just five years earlier.

But as the European breeze-up season draws to a close, those among the pinhooking ranks may just be feeling that loss more keenly than most.

There is no escaping the fact that this year's two-year-old sale season has not been a cakewalk for vendors, with those selling left to foot the bill as, for the most part, supply has exceeded demand.

But those lucky few with the progeny of Scat Daddy's final crop of juveniles to sell have had more to smile about than most. 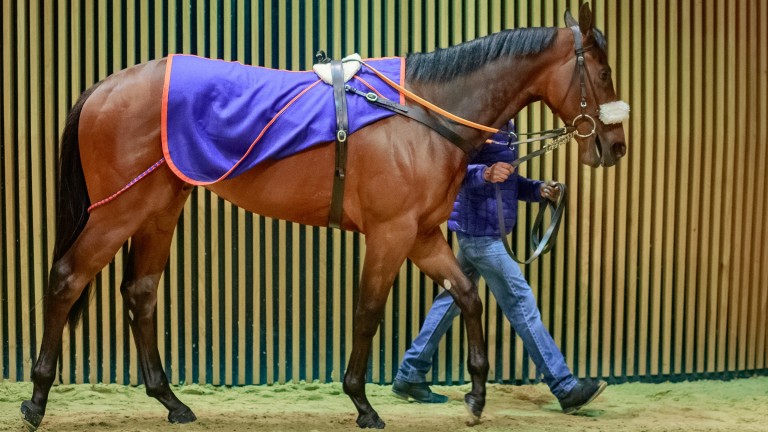 The Scat Daddy colt out of Missamerica Bertie bought by Jamie McCalmont and MV Magnier for €825,000
Zuzanna Lupa

Thanks to the exploits of runners such as Caravaggio, Lady Aurelia, No Nay Never, Acapulco and, more recently, Justify and Mendelssohn, buyers have had a seemingly insatiable appetite for the final juvenile crop of Scat Daddy.

A total of 14 lots by the former Ashford Stud resident have been sold across four European two-year-old sales in 2018. Two changed hands at the Goffs UK auction, the Tattersalls Craven Sale saw six Scat Daddys sold, followed by one at the Guineas Sale, while a further five were sold at Arqana on Saturday.

And despite the fact those 14 lots accounted for less than three per cent of the 488 horses sold across those four breeze-up auctions, the sums spent on those juveniles accounts for over 15 per cent of the combined turnover of those four sales.

This septet include the Mayfield Stables-consigned colt out of Madera Dancer, who was pinhooked by Hunter Valley Farm for $200,000 before being sold on to agent Stephen Hillen for 900,000gns at the Tattersalls Craven Sale.

The colt, now named Legends Of War, is in training with John Gosden and is owned by Qatar Racing. He has his first entry at Nottingham on Tuesday.

It is hard to be sure exactly how much profit the remaining seven lots have generated, having failed to change hands in the ring last year, but having brought a cumulative £2,790,350 it can only be assumed that their owners are comfortably in the black.

The Scat Daddy demand has been brought about by some stunning racecourse results, but with no further crops to come, a scarcity of supply has undoubtedly played its part.

The next challenge for pinhookers will be to find the next boom sire whose progeny buck the wider trends in evidence at the breeze-up sales. But, make no mistake, such a reliable ally will be hard to come by.

FIRST PUBLISHED 4:39PM, MAY 17 2018
The sums spent on those juveniles accounts for over 15 per cent of the combined turnover of those four sales