Petite Parisienne and Analifet to be sold at Goffs December Sale

530 lots will be sold over the two days 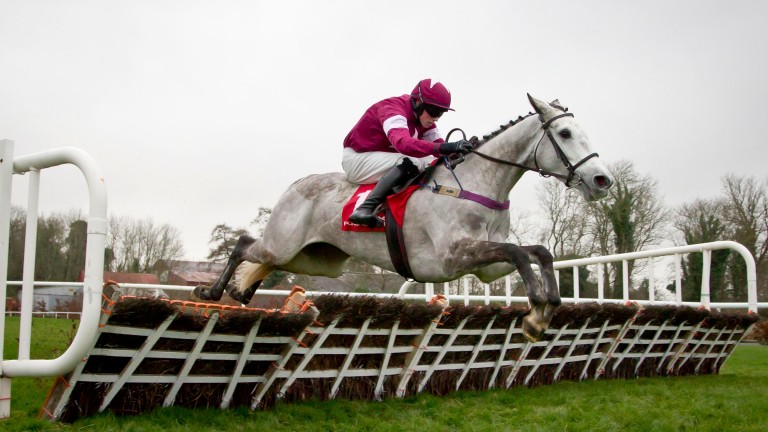 Dual Grade 1 heroine Petite Parisienne will be offered in foal to Shantou
Patrick McCann
1 of 1
By Ollie O'Donoghue 5:11PM, DEC 6 2016

GIGGINSTOWN House Stud is sending its two high-class hurdling mares Analifet and Petite Parisienne under the hammer at the Goffs December National Sale, which begins its two-day run from 10am today.

Analifet (lot 535), a daughter of Califet, was a Grade 3-winning juvenile hurdler for Willie Mullins and finished second to Annie Power in the Grade 1 Mares Champion Hurdle at Punchestown last year, while Petite Parisienne (534), by Montmartre, notched a Grade 1 double in the Spring Juvenile Hurdle and Punchestown Champion Four-Year-Old Hurdle at four. She is in foal to Shantou.

Among the busiest vendors will be Ballincurrig House Stud, which consigns 36 lots, including a brother to four-time Grade 1 hurdle winner Mac’s Joy (358) and a Mahler brother to Saturday’s Becher Chase runner-up Highland Lodge (382).

FIRST PUBLISHED 4:33PM, DEC 6 2016
Previous graduates of the sale include Punchestown Champion Stayers Hurdle winner One Track Mind, bought as a foal by Rockview House for €10,000 in 2010