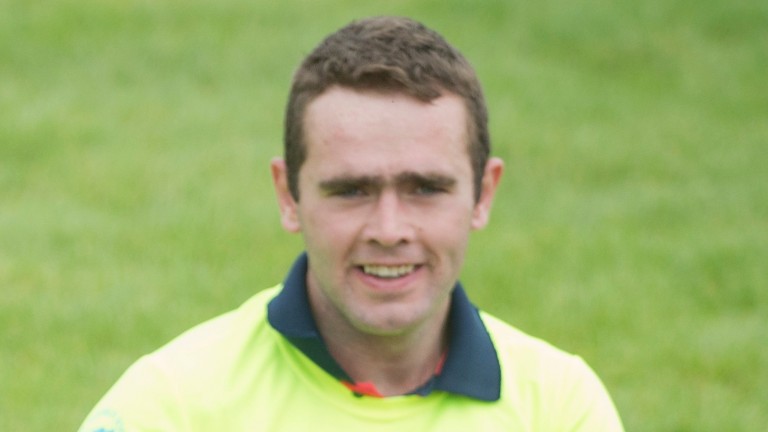 Peter Flood: has trained seven winners between the flags in Ireland this season
Patrick McCann
1 of 1
By Martin Stevens UPDATED 8:50PM, MAR 14 2019

Pedigree is not top of buyers' considerations at boutique jumps horses-in-training auctions, as the lots on offer have already had to justify their place in the catalogue by showing promise between the flags or in bumpers.

However, one horse entered to sell at the Tattersalls Cheltenham Festival Sale after racing on Thursday, a wide-margin point-to-point winner, just so happens to hail from one of the hottest families in National Hunt breeding.

Enjoy D'Allen took a five-year-old geldings' maiden at Tinahely by eight lengths last month and is being presented for sale by his young trainer Peter Flood on behalf of owner Alan Harte, who paid €50,000 for him at the Tattersalls Ireland Derby Sale in 2017.

He is by Network – sire of festival legend Sprinter Sacre – and was bred in France by Bruno Vagne out of Triple Star, a placed half-sister to the smart hurdling pair Sybarite and Vladamir, and a relative of Espoir D'Allen, the impressive winner of the Champion Hurdle on Tuesday, and Envoi Allen, successful in the Champion Bumper on Wednesday.

“Enjoy D'Allen won at Tinahely very impressively and the form has worked out well as the third behind him, Sonru, came out and won by 25 lengths at Turtulla at the weekend,” says Flood, who is 26 and used to ride himself, once partnering the smart Seabass to victory in open company at Ballinaboola.

“He's a good-looking horse, as his price as a store shows, and you couldn't ask for him to be by a better sire than Network.

"I wouldn't mind a few more like him at home and I'm grateful to Alan Harte for putting him with me.” 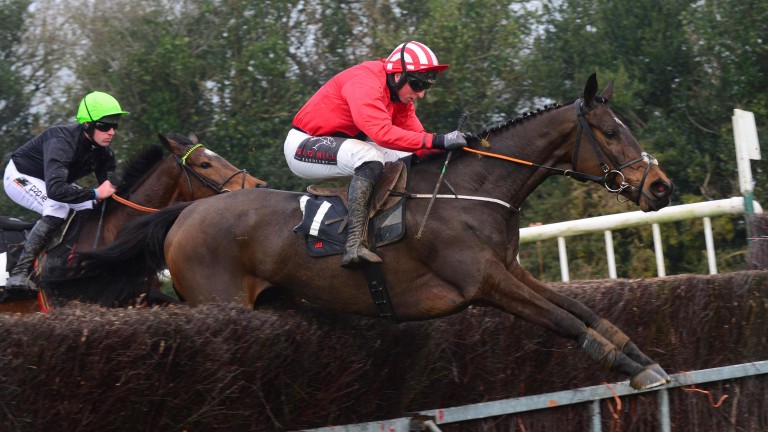 Flood has in recent years ridden out for Gordon Elliott but this season he has focused solely on training point-to-pointers at his family's yard outside Kilcock in County Kildare, where he helped pre-train Cheltenham Festival winners Labaik and Fayonagh before they joined Elliott.

“I've got 20 horses in this year and we've had seven winners – I'm pleased with how it's going as I haven't been doing it all that long,” says Flood. “There's still enough of the season to go as well, so I'm hoping for more winners and should hopefully surpass my previous seasonal best tally of eight winners.”

Enjoy D'Allen is one of 24 lots entered in the Tattersalls Cheltenham Sale, many of them exciting point-to-point winners including Exod'Ela, Farouk D'Alene, Hold That Taught and Mr Hendricks, who all scored by wide margins at the weekend.

The lots will be available to view in the pre-parade ring at 5.50pm on Thursday, with the sale getting underway in the winner's enclosure at 6.15pm.

FIRST PUBLISHED 6:16PM, MAR 13 2019
The form has worked out well as the third behind him, Sonru, came out and won by 25 lengths at Turtulla at the weekend