International FAREWELL TO A GREAT 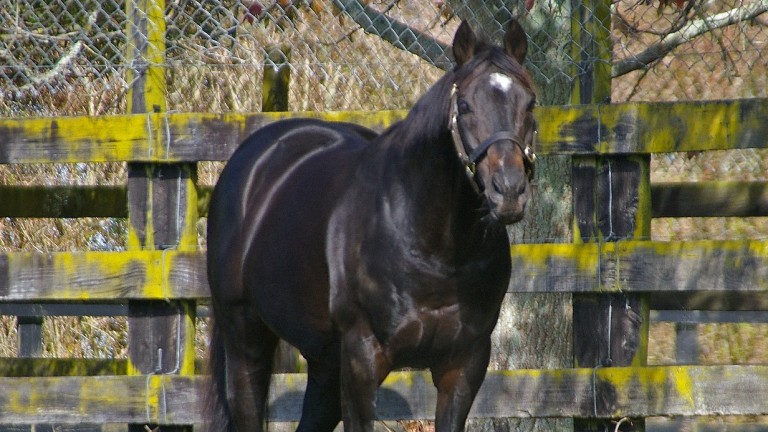 Pentire, winner of the King George VI and Queen Elizabeth Stakes in 1996 and later a leading sire in Australasia, died at his long-term home of Rich Hill Stud in New Zealand on Monday. The son of Be My Guest was 25.

Bred by Lord Halifax and bought as a yearling by John Ferguson for 54,000gns on behalf of his then principal patron Mollers Racing, Pentire was sent to the late Geoff Wragg, who nurtured his ascent to the top of the middle-distance division.

The horse won a Newmarket maiden and finished third in the Richmond Stakes at two, and scored on his first four starts at three – in the Sandown Classic Trial, Dee Stakes, Predominate Stakes and King Edward VII Stakes – before running Lammtarra to a neck when second in his first attempt at the King George.

In a busy season, prolonged perhaps by having not run in the Derby, he also took the Great Voltigeur Stakes and Irish Champion Stakes, the last with a strong late run under Michael Hills to pip Freedom Cry at the post. 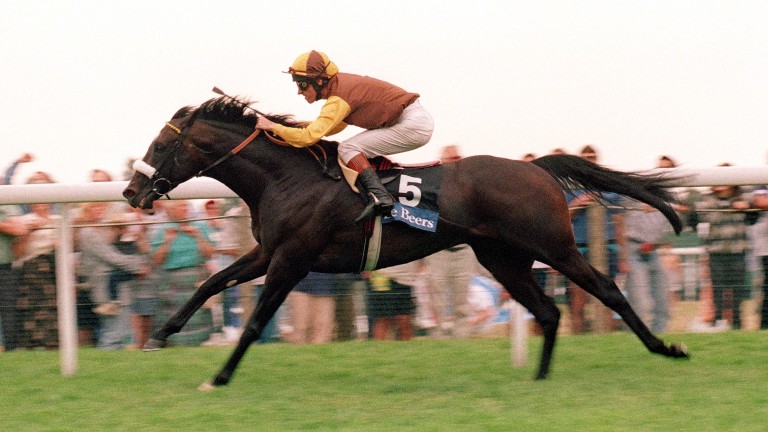 Pentire managed a creditable fourth to Cigar in the inaugural Dubai World Cup on his first start at four and later finished third to Halling in the Coral-Eclipse before a convincing victory over Classic Cliche and Shaamit in the King George.

The colt was subsequently sold as a stallion prospect to Shadai Farm in Japan and brought down the curtain on his racing career by finishing eighth in the Japan Cup before commencing covering duties.

In a peripatetic life at stud, Pentire shuttled between Japan and New Zealand, spent two seasons at Gestut Isarland in Germany, and eventually settled at Rich Hill Stud.

It was in Australasia that he found most success, siring 16 individual Group 1 winners including two who were crowned horse of the year in New Zealand on two occasions in King Mufhasa and Xcellent.

The trajectory of his career was unusual in that he managed to recover from a dip in popularity, siring only 12 foals in 2002, to remain in strong demand right to the end of his life. That was thanks in no small part to the victories of his sons Prince Of Penzance in the Melbourne Cup and Xtravagant in the New Zealand 2,000 Guineas within days of each other in November 2015.

Pentire has also made his mark as a broodmare sire, with his daughter Pentamerous having produced the five-time Australian Group 1 hero Shoot Out.

Rich Hill Stud's John Thompson said: "He was 25, but I thought he was going to live forever; he was still serving and so healthy and well. We noticed after lunch on Monday he looked a bit uncomfortable and I got a bad feeling about it. In 20 years we'd only had the vet to him twice.

"We got him to the clinic and he went into surgery and when they opened him up they found a tumour that the intestine had wrapped around. They removed the growth and the intestine hadn't been compromised. They got him into recovery, but sadly he didn't wake up."

Until his death, Pentire had supplied the most Group 1 winners of any active sire in New Zealand, and only Redoute's Choice and Fastnet Rock could claim more from their Australasian-bred progeny.

“It just won't be the same around here without him, but his legacy will live on and Pentire is always going to be seen as a strength in any pedigree," Thompson said.

"He's had four Group 1 winners in the last two seasons and I'm certain there are more to come."

Pentire has been laid to rest at Rich Hill Stud.

FIRST PUBLISHED 3:26AM, NOV 21 2017
Pentire is always going to be seen as a strength in any pedigree