Patience pays off as Frankel's Woman fires first time out 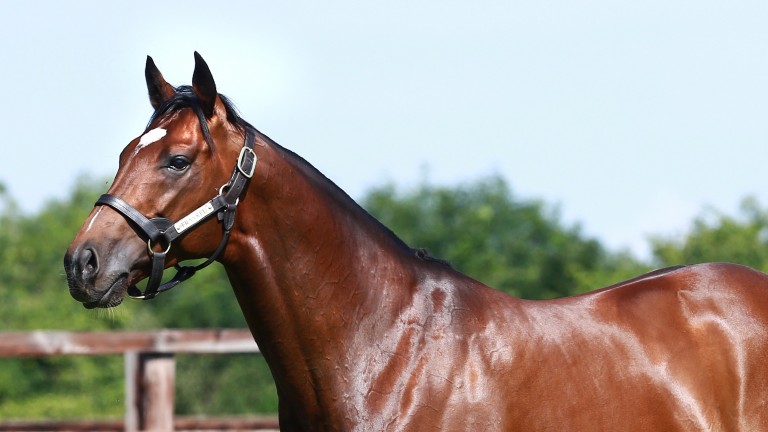 Patience has been the key for the Gai Waterhouse- and Adrian Bott-trained Woman, as they waited to debut the impeccably bred three-year-old Frankel filly and she rewarded that with a stylish win in the TAB Rewards Handicap for maiden fillies at Canterbury on Wednesday.

John Singleton, principal of Strawberry Hills Stud, had sent his multiple Group-winning mare More Joyous, by More Than Ready, on the journey to Britain for a Southern Hemisphere time service to the mighty racehorse Frankel. That too required patience and not inconsiderable expense.

The stable had trialled Woman four times, the first back in January and the last over 1030m at Rosehill on September 4.

Eventually all concerned were able to watch as Kerrin McEvoy expertly handled the chestnut with a distinctive white blaze in her first raceday experience, and after some winding into her gears the filly won with ease by two lengths.

McEvoy settled in fifth until 600m out, when he asked Woman to close on the leaders. Three wide off the turn for the short run home, Woman was up outside Godolphin's debutante Laussel from the 300m marker. By the 200m pole she was leading and, racing in the middle of the track, she lengthened well to go away for the win.

Laussel, by Animal Kingdom, under Blake Shinn was second with Union Dues, a New Zealand-bred daughter of Fastnet Rock, and Brenton Avdulla coming through late for third.

"It was so pleasing to see her do that, particularly for the team and for Singo. They have had a long-range plan for the mating initially, and then getting her into the stables, so [we're] delighted to be able to pull it off," said co-trainer Bott.

"She was the ultimate professional and I think we saw that she has so much scope to go on improving.

"It probably took a little while to build into it and I think she will get over a lot further in time. She is bred to do that and she had to get going a little bit early, but once she balanced the best part of the race was on the line where she was going away from them," added Bott.

Bott said that the plan was to come through Woman's race debut and then give the filly a light campaign over the spring.

"We are mindful of what we want to achieve in the autumn, so we will do the right thing by her and it might mean we put her away now for a spell and come back in the autumn. But if she comes through this well there might be another race for her," he said.

"She travelled nicely and this is definitely going to be short of her best distance, but she was there to run well today. She had a nice trail and I got her up and mobile before that last bit of the corner and she did it nicely. That last 200m was quite assertive," said McEvoy.

Woman's dam, More Joyous - out of Sunday Joy by Sunday Silence, was herself an exceptional home-bred racehorse trained by Waterhouse for Singleton.

Over a career spanning 33 starts she won 21 times, including seven at Group 1 level and earning over A$4.5 million in prize-money.

More Joyous also has a two-year-old colt by Fastnet Rock, called More Sundays - who is in training with Bjorn Baker, and is due to foal to Snitzel.

FIRST PUBLISHED 11:14AM, SEP 13 2017
They have had a long-range plan for mating initially, and then getting her into the stables