She is a half-sister to dual Group 1 winner Odeliz 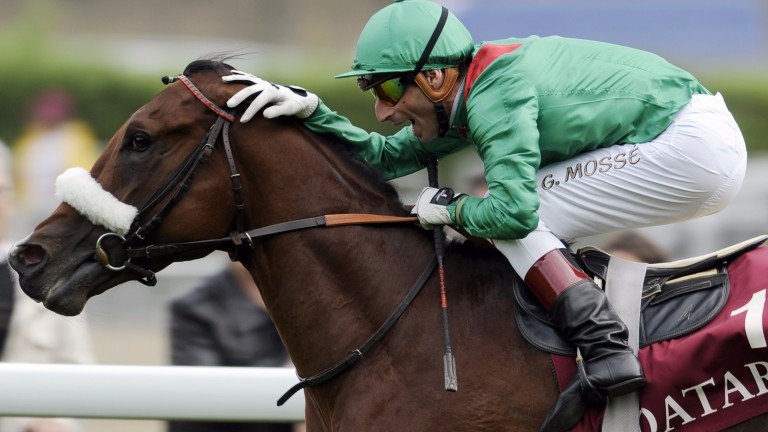 Exciting young French sire Siyouni could have a lethal weapon in his armoury for the season ahead, judging by the taking debut of his daughter Pamplemousse at Chantilly on Tuesday.

The Andre Fabre-trained Pamplemousse landed the Prix de la Nouvelle Piste, a maiden race over 6½f for unraced three-year-old fillies, by four and a half lengths from Poppet's Promise, a Bated Breath half-sister to star Hungarian-trained sprinter Overdose.

Pamplemousse has a blue-chip pedigree of her own, as she is a half-sister to Odeliz (by Falco, like Siyouni a son of Pivotal), who was twice a winner at the top level in the Prix Jean Romanet and Premio Lydia Tesio.

The siblings' unraced dam Acatama, a daughter of Efisio, is a half-sister to Amorama, winner of the Del Mar Oaks and John C Mabee Handicap and dam of Prix Hocquart winner and Grand Prix de Paris runner-up Ampere.

Acatama's maternal granddam Triple Couronne was a sister to the great Triptych, winner of two renewals of the Champion Stakes as well as the Irish 2,000 Guineas, Prix Ganay and Prix Marcel Boussac.

Pamplemousse was bred by Aleyrion Bloodstock and her dam has a two-year-old colt by Dawn Approach named Nation's History and a yearling colt by Exceed And Excel.

She was bought by Alex Solis and Jason Litt for €250,000 at the Arqana August Yearling Sale in 2015 and resold to Charlie Gordon-Watson for €400,000 at last year's Arqana Breeze-up Sale, and carries the silks of Lady Bamford.

Siyouni ranks as one of the most red-hot stallions in Europe, his fee at Haras de Bonneval in Normandy having climbed from an introductory price of €7,000 to €45,000 this year.

He is the sire of 11 stakes winners, including triple top-flight scorer Ervedya and the Group 1-placed pair Spectre and Volta.

The Aga Khan paid Siyouni the ultimate compliment last year by sending him his brilliant mare Zarkava, the result of which was a filly foal born last month.