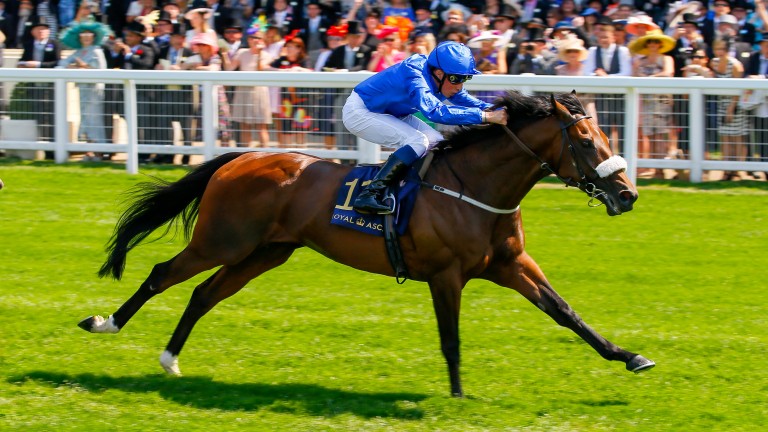 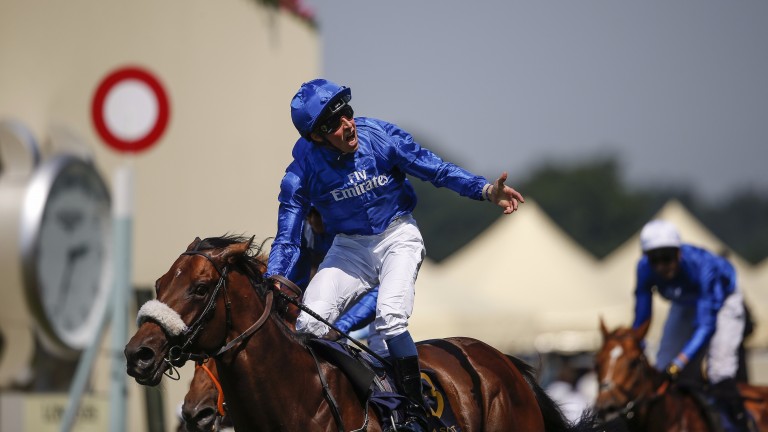 Outstanding miler Ribchester has been added to Darley's stallion roster for next year's breeding season, with the son of Iffraaj due to stand at Kildangan Stud at a fee of €30,000.

The highest-rated progeny of his sire - who will stand at Darley's Newmarket base at Dalham Hall at a fee of £40,000 - Ribchester has won four Group 1s, including three during the 2017 campaign.

"He's been a star for us, he's an incredibly talented horse," said trainer Richard Fahey, who nominated the two Royal Ascot victories as his own personal highlights of Ribchester's racing career.

"He loved his work and was very genuine. He'd be one that you'd be very keen to buy his progeny. If they were all like him this job would be easy."

Fahey added that no conclusion had been reached regarding whether Ribchester would run again, but declared himself happy with how the horse had come out of the Queen Elizabeth II Stakes, in which he finished a gallant second to Persuasive.

"We're happy with him, he's eaten up and seems in good form. We'll make that decision in the next three or four days," he said.

At two Ribchester won the Group 2 Mill Reef Stakes, his first outing in the blue of Godolphin having been bought privately after he finished a close second to Ajaya in the Gimcrack Stakes on his second start.

Having been a high-class, precocious two-year-old, Ribchester went on to thrive at three, running third in the 2,000 Guineas before going on to land his first Royal Ascot success with a dominant display in the Jersey Stakes.

On his penultimate start at three he made his Group 1 breakthrough when defeating the likes of Vadamos and Ervedya to land the Prix Jacques Le Marois.

He began his domestic four-year-old campaign with a breathtaking display in this year's Lockinge Stakes, a performance that earned him a career-best Racing Post Rating of 126. 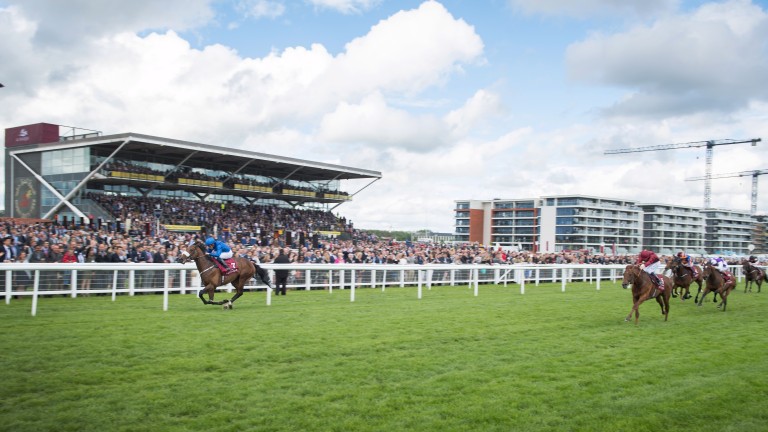 Ribchester (left) surges clear of the field in the Group 1 Lockinge Stakes
Edward Whitaker
It seemed as though Ribchester had not read the script when he bounded into the lead under William Buick, with his presumed pacemaker Toscanini having missed the break. However, when asked for his effort the colt's stride lengthened and he quickly had a high-class field floundering before drawing three and three quarter lengths clear of Lightning Spear.

That success was followed up with a second Royal Ascot victory in the Queen Anne Stakes, before he gained his fourth Group 1, all of which came over a mile, in the Prix du Moulin.

Bred by Andrew Thompson and Mike O'Brien, Ribchester is the first foal of Mujarah, who is by the noted broodmare sire Marju, whose daughters have also been responsible for the likes of Canford Cliffs, Marsha, Ribbons and Marcel.

Mujarah is a half-sister to Group 3 winner Tactic and the Listed-winning Yaazy, and is out of a daughter of champion three-year-old filly and Irish 1,000 Guineas winner Mehthaaf.

Ribchester's female line also bears an important name in the history of Darley. Fall Aspen is the fifth dam of Ribchester, and he shares that ancestor with the great Dubai Millennium, who won the Prince of Wales's Stakes and Dubai World Cup and whose influence has been extended through his best son, Dubawi.

From To-Agori-Mou to Ribchester for Sussex Stakes stager O'Brien

FIRST PUBLISHED 1:21PM, OCT 24 2017
Ribchester is the first foal of Mujarah, who is by the noted broodmare sire Marju