Bloodstock Latest ONES TO WATCH 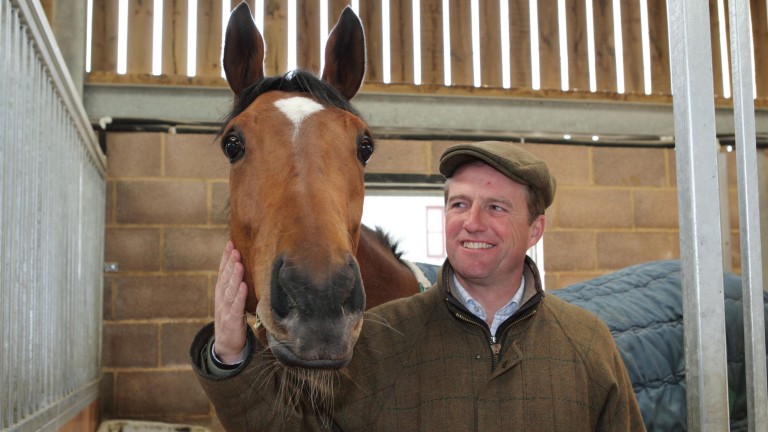 The Tattersalls December Foal Sale takes place from Wednesday to Saturday; here are a dozen regally-bred lots who could make the headlines.

Anyone on the lookout for a high-class middle-distance performer or stayer should put this colt on their list, as he is a Mastercraftsman half-brother to multiple Group 2 winner and Melbourne Cup runner-up Marmelo and Henry II Stakes scorer Vent De Force.

His dam Capriolla is a placed In The Wings half-sister to stakes winners Quiz Mistress, Saddler's Quest and Seren Hill.

The first crop of foals by champion two-year-old and dual 2,000 Guineas hero Churchill is showcased by 11 lots at Tattersalls, including this filly who is the first produce of French Listed winner Rioticism.

The dam, who had stakes winners Rimini and Haddaf behind when she took the Prix des Reves d'Or at Vichy, is descended from Prix Saint-Alary winner Rosefinch.

Vanessa Hutch sends to Tattersalls a Golden Horn filly out of her redoubtable dual-purpose mare Missunited, winner of three black-type contests on the Flat and the Galway Hurdle over jumps.

This is the mare's third offspring. The first, a Sea The Stars colt, was sold for 125,000gns and became this season's King Edward VII Stakes third Eagles By Day.

Top-class sprinter Caravaggio covered a glittering book of mares in his first season at Coolmore last year and the evidence lies in his draft of foals at Tattersalls, not least with this half-brother to unbeaten Richmond Stakes winner Harbour Watch and South African Group 1 scorer Europa Point.

The dam is a placed half-sister to stakes winners Kabool and Sharaf Kabeer and a granddaughter of the influential matriarch Fall Aspen.

Yvonne Jacques' Carisbrooke Stud consigns this colt, who is the first foal of a winning half-sister to this season's Irish 2,000 Guineas winner Phoenix Of Spain; the lot and his Classic-winning 'uncle' are closely related as they are both by Ballylinch Stud big-hitter Lope De Vega.

Phoenix Of Spain is also a half-brother to stakes-placed Central Square, Kingsdesire and Lucky Beggar from the family of multiple Pattern winner Special Kaldoun.

The only lot by Britain and Ireland's perennial champion sire at Tattersalls next week is a half-brother to Poule d'Essai des Pouliches heroine Precieuse and the stakes-placed pair Baccarat and Peut Etre, out of a Group 3-placed half-sister to Pattern winners Combat Zone, Royal Empire and Scottish.

This colt and Precieuse, by Tamayuz, are actually slightly more closely related than half-siblings as Tamayuz's maternal granddam is a half-sister to Galileo.

The recipient of a significant pedigree update, this Kingman colt is a half-brother to the exciting two-year-old filly Miss Yoda, who finished second in the Zetland Stakes after the catalogue went to press.

The pair are also siblings to four-time winner Matchmaking out of the Group 2-winning and Group 1-placed Sholokhov mare Monami, a half-sister to Italian Oaks winner Meridiana.

With the withdrawal of lot 993, a Dubawi half-sister to Italian Group 1 winner Biz The Nurse, there is just the sole opportunity to purchase a foal by Darley's brilliant sire at Park Paddocks this year.

The youngster in question is a filly out of German Group 3 winner Daytona Bay, a Motivator half-sister to another Group 3 scorer in Dallas Affair. This is also the family of Deutschlandpreis victor Donaldson and Preis der Diana runner-up Diamond Dove.

Invincible Spirit has already clicked with the winning King's Best mare Liscune to produce Sceptre Stakes winner Music Box, Buckhounds Stakes scorer Ektihaam and the Listed-placed Onlyhuman, and this filly is the latest result of the union.

Liscune's last Invincible Spirit filly foal to go under the hammer sold for 600,000gns to Charlie Gordon-Watson two years ago. Named Spiritus Sanctus, she is in training with John Gosden.

There is no shortage of choice when it comes to Sea The Stars foals at Tattersalls – 13 lots after withdrawal, to be precise – including this colt who is the first foal out of Prix Bertrand de Tarragon winner and Dahlia Stakes third Aim To Please.

The dam, sold to John Dance for £340,000 at the Goffs London Sale in 2017, is descended from German champion Majoritat, also ancestress of international Classic winners Eishin Flash and Mystic Lips.

Here's a lot who is guaranteed to fill the Tattersalls auditorium when he steps into the ring: a Frankel colt who is the first produce of Qatar Racing's Classic-winning mare Simple Verse.

The dam, successful in the St Leger and British Champions Fillies & Mares Stakes, is a Duke Of Marmalade half-sister to Ribblesdale Stakes winner Even Song and Superlative Stakes third Maxentius.

Less than two months after Golden Reign's Kingman yearling filly made €340,000 at the Goffs Orby Yearling Sale, the dam's second produce, a daughter of Sea The Stars, should also make a pretty penny when she sells at Park Paddocks.

Golden Reign is a placed sister to Listed scorer Eastern Belle and, more importantly, a half-sister to the brilliant Derby and Arc winner Golden Horn from a productive Hascombe and Valiant Studs family.

When Four-day sale from Wednesday, with the sessions starting at 10am

FIRST PUBLISHED 2:09PM, NOV 26 2019
There is no shortage of choice when it comes to Sea The Stars foals at Tattersalls – 13 lots after withdrawal, to be precise