Our bloodstock jury debate the biggest issues of the year 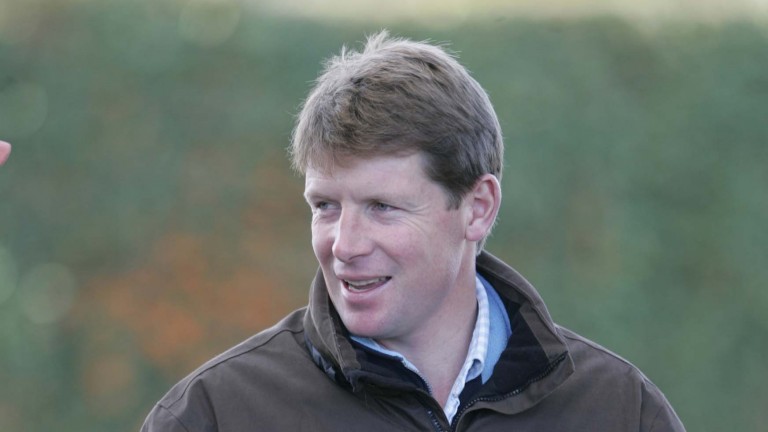 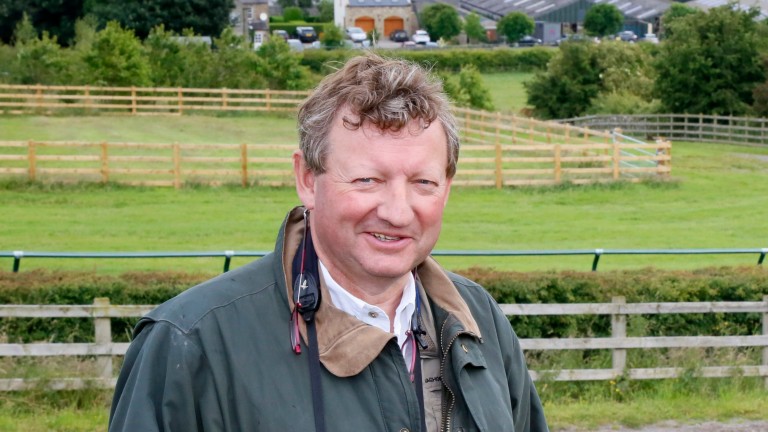 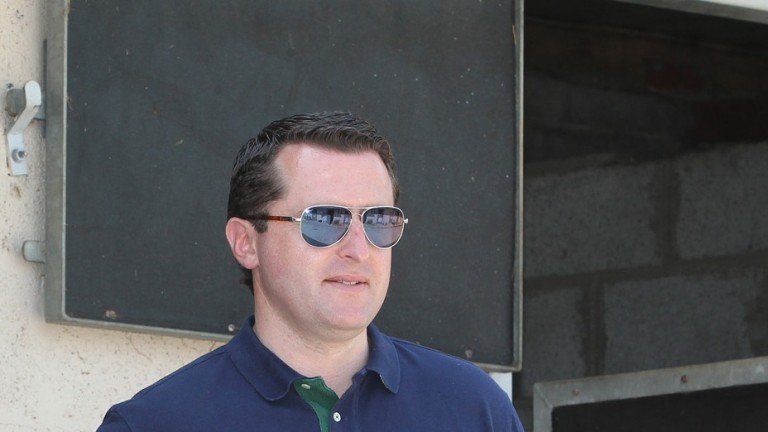 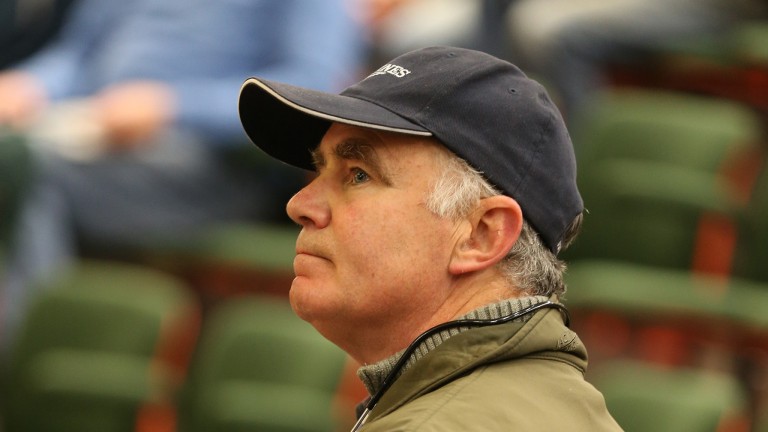 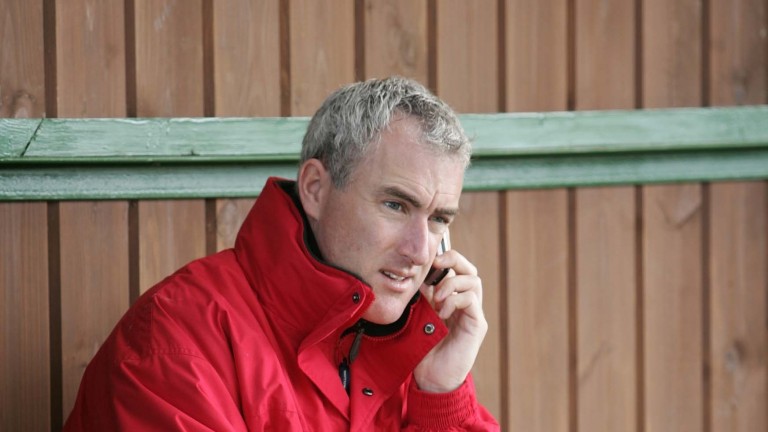 David Redvers: "Stats are so readily available now that we all have the tools to assess a stallion's ability."
CAROLINE NORRIS
1 of 5
By James Thomas 6:09PM, DEC 26 2016

Frankel: the real deal as a stallion or still too early to tell?

Ross Doyle, bloodstock agent: Frankel’s progeny have looked like the real deal from day one on the track. They seem to have that natural talent, hunger and high level of ability that he possessed in spades himself and his first season was capped off in fine style with the Group 1 winner in Japan.

Bill Dwan, Castlebridge Consignment: You would have to be very impressed with what his progeny have done on the track this year, culminating in his Group 1 winner in Japan. It’s great for racing when a champion racehorse who caught the public’s imagination turns out to be a top sire. I certainly wouldn’t mind having a large amount of them to consign next year!

Mark Johnston, trainer and breeder: He has a real deal pedigree and he was certainly the real deal as a racehorse, so there’s no reason to think that the start to his stud career is anything other than confirmation that he has all the right genes. It is, though, ridiculous that we get so excited over a stallion that produces a handful of Group-class performers from more than 100 foals while we condemn a top race mare if she doesn’t produce a star in the first three or four.

John O’Connor, Ballylinch Stud: It’s still early days but he looks like the real deal to me. We bred Frankuus so we’re hopeful that he’ll add to his record next year. You’d have to say he’s made a great start and if he continues going the right way he’s going to be a very serious stallion.

David Redvers, Qatar Racing racing manager: Too early to be absolutely certain but it looks more a probability than possibility. You’ve got to love the way his runners have been finishing their races, and in many cases how long it has taken jockeys to pull them up after the line. I’m still a big believer.

Overproduction - what, if anything, can we do about it?

RD: I think the foal sales this year gave us the strongest indication in recent years that there is a major problem with overproduction, with far too many foals by failed stallions out of failed mares. Stallions probably need to have their books capped and breeders need to stop covering proven failed mares.

BD: I think the onus is on the mare owner, and we’re all guilty here I’m afraid. The market said quite ruthlessly this year that if we produce something that is not above a certain standard, both physically and on pedigree, there is quite literally no one there to buy them. We all have to look very carefully at what mares we breed from and which stallions we send them to.

MJ: I’m confused as to whether we are overproducing or not. Racecourses and the betting industry want more and more racing and the BHA seems to be complying with their wishes. They always complain about small fields but it’s arguable that there aren’t enough horses in training to serve the current fixture list. The answer is to get racing on a proper financial footing where the cost to owners versus the chance of a return is more acceptable.

JO’C: I think overproduction relative to the demand from certain sectors of the market. Racing jurisdictions are interested in full fields and full programs and we need to be careful that we don’t curb production to the extent that we can’t populate the program adequately. It’s important we’re not confusing market forces with the population of horses required to run a full program of races.

DR: Work harder to open up markets for the 'also-rans' in our population. It worries me that with a weak sterling there seemed such little demand at the bottom of the market. GBRI needs better funding and then they can perform like ITM and find an out for those that don't quite make the grade. The market normally overcorrects the situation and then the pendulum swings fiercely back the other way.

Has demand for precocity gone too far and marginalised stamina breeding?

RD: We've always liked precocious types at the yearling sales with plenty of speed in the pedigree, but it’s probably gone too far away from stamina now. A lot of owners and trainers now want instant action with their horses and breeders are following suit with their matings as they have to keep up with what’s in fashion in the sales ring.

BD: Yes. It’s hard to work out as, to me, the ultimate goal is to own and breed a Derby winner. The current trend is all for speed but I think we need a balance. How can people knock a Derby winner for being ‘slow’? If that’s the case then Galileo and Sea The Stars fall into this category! At the horses-in-training sale I noticed a strong demand for stayers rather than sprinters so I think common sense will prevail in the coming years.

MJ: Probably, but that again comes back to the finances of racing. There aren’t enough owners who can afford to wait for a middle-distance horse to reach full potential. As a result, there is often great value in buying the stock of high-class sires who are perceived to be slow maturing. I built my business on buying middle-distance pedigrees and running them earlier than was considered normal. Remember, the best sire in the world is a Derby winner.

JO’C: I don’t know if that is the case. There is certainly a recognition that stamina, and class stamina in particular, is worth promoting and now that it’s been recognised there will be something done about it. The market prefers precocity at the moment but market demands can change. The leading sires are mostly Classic, middle-distance horses and I don’t see any change in that.

DR: I don’t think so. However, the problem remains that the classic distance of 12 furlongs still feels beyond the reach of all but the big guns. Smaller owners and trainers will always revert to speed as it enables a quicker return and has historically been more affordable.

Who is your pick of next year's first-season sires?

BD: Stock by Camelot looked the part and he must have a real chance of producing runners. The Swiss Spirits looked sharp, early types, as did the stock by Epaulette, a three-parts brother to Helmet, who has made a promising start at stud. We sold some expensive Declaration Of War yearlings who were big, strong, imposing types.

MJ: We haven’t got all our yearlings in yet and I’m still not sure what's to come, so I need to reserve judgement to some extent. Dawn Approach is a contender for leading first-season sire but I was unable to buy any at the sales and haven’t got one to train yet, so I haven’t got any hands-on experience. Of those we have yearlings by, Epaulette looks to have all the necessary credentials.

JO’C: I liked the stock by Camelot, Epaulette and Lethal Force. The progeny of those three caught my attention but usually some horse comes and surprises you!

DR: It's between our own Havana Gold and Society Rock with their first two-year-olds as both have strong, athletic types that looked precocious. Intello is my pick of the later types and is the poor man's Frankel.

Which stallion do you feel doesn't get the credit he deserves?

RD: Zoffany probably doesn’t get the credit he deserves because to us he covers all bases. They are good-looking, great movers with good temperaments. He can get you a Royal Ascot winner at two but they also train on. We've been lucky enough to have bought Illuminate and Ventura Storm by the stallion so we're big fans and I believe he’s in for a big couple of years on the track.

BD: Choisir produces horses that compete at the very top level and Fast Company has sired a Guineas winner. Both stand at very affordable fees.

MJ: We’ve already touched on the fact that the Derby is still a great producer of sires but, sadly, winners are left to do it the hard way as they often don’t get enough support from commercial breeders. Authorized is, to my mind, such a horse and I'm sad to say that he's facing an uphill struggle now. I’m always keen to buy his progeny but I can't support a stallion regardless of the quality of mares he receives.

JO’C: I’d say generally that stallions can get too much credit when they’re going well and too much blame when they’re not; the pendulum swings too far to both sides. Stallions often don’t get the credit they deserve if they’ve not had top chances from the start. I always admire horses that work their way up from the bottom. One I’ve always felt was underrated was Midnight Legend.

DR: Stats are so readily available now that we all have the tools to assess a stallion's ability. Not much gets overlooked or underrated.

RD: There’s a horse called About Glory in training with Richard Hannon. He had some time on the easy list earlier in the year and then had one run at Newbury when he needed it badly to bring him along for next season. If everything goes well with him he could win plenty of nice races next season.

BD: We’ve sold some lovely yearlings this year so fingers crossed there will be a few champions among them. But for me it’s difficult to pick which one the champion will be and that’s what makes this business so fascinating.

MJ: Jukebox Jury, as 11 individual two-year-old winners is surely exceptional from a sire that had so few opportunities. As he stands in Germany there will always be a limit to the quantity and quality of mares that he will get but, at least, the breeders are generally trying to breed a Flat horse. In that sense he is lucky.

JO’C: Al Wukair - he’s a two-year-old owned by Al Shaqab and trained by Andre Fabre. He’s unbeaten and has won a Listed race at Deauville and I think he might emerge as a really good horse next year. He’s a son of Dream Ahead out of one of our mares called Macheera.

DR: Qatar Racing have some pretty smart Frankels and Deep Impacts to look forward to. The latter will be seen to great advantage as they step up in trip.

FIRST PUBLISHED 6:09PM, DEC 26 2016
I built my business on buying middle-distance pedigrees and running them earlier than was considered normal. Remember, the best sire in the world is a Derby winner.