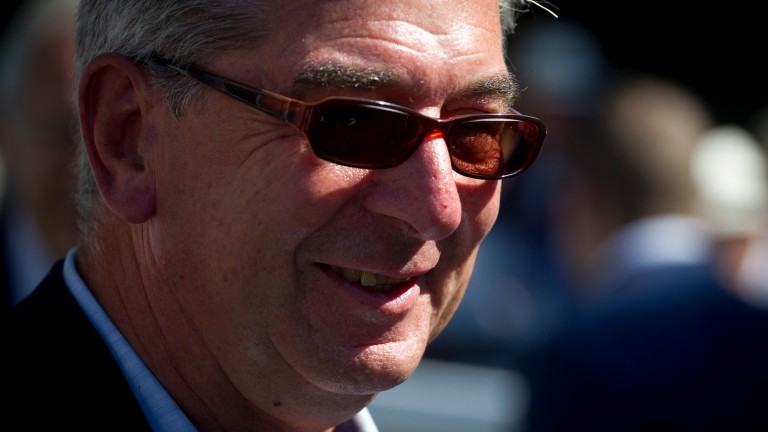 The Osarus Breeze-Up Sale broke new ground on Wednesday by staging what was essentially Europe's first bloodstock online auction, with each of the 63 lots offered sequentially in absentia.

The sale, originally due to be held in a physical format at La Teste on April 8 and 9, was forced to reschedule due to coronavirus restrictions. To provide vendors with an outlet to sell their breezer, Osarus held the sale online with managing director Emmanuel Viaud auctioning each lot via live stream.

The two-year-olds were breezed over various locations in France and Ireland. Videos of the breeze-up, along with conformation photos and videos and veterinary information, were uploaded to the Osarus site.

Top lot honours went to a son of Intello offered from the stable of Yann Creff, who sold to MAB Agency for €58,000. The colt is out of the multiple stakes-placed Galaxie des Sables, herself a proven stakes producer through the Listed-placed Galaxe. MAB Agency, the leading purchaser of the sales, signed for four lots at a total of €110,500.

Leading trainer Jean-Claude Rouget went to €50,000 to acquire Antolya, a filly from the second crop of Prince Gibraltar, who Rouget trained to win the Grosser Preis von Baden and Criterium de Saint-Cloud, both at Group 1 level. The chestnut is a half-sister to Poule d'Essai des Pouliches-bound My Love's Passion, who finished runner-up to A'Ali in last year’s Group 2 Prix Robert Papin and placed behind Wooded in the Group 3 Prix Texanita earlier this month.

Antolya was offered by the Prevost Baratte stable, who uploaded a wealth of information on each of their lots to the Osarus site, including height, weight, X-rays & scope reports, alongside photos and videos. The Phillip Prevost-Baratte consignment also achieved €43,000 for a daughter of Elusive City from the Juddmonte family which includes Beat Hollow, Oasis Dream and Kingman.

The two highest priced lots at the fall of the hammer – a colt by Le Havre out of the aforementioned Galaxe, and a Helmet half-sister to three stakes winners – were unsold at €71,000 and €59,000.

British and Irish-based buyers were in action with Donald McCain signing for a colt by On Est Bien for €8,000 and Newmarket-based Gazeley Stud purchasing two lots. Byrnes Bloodstock also acquired a son of Kendargent for €27,000.

Full coverage of the sale will be available on Thursday.